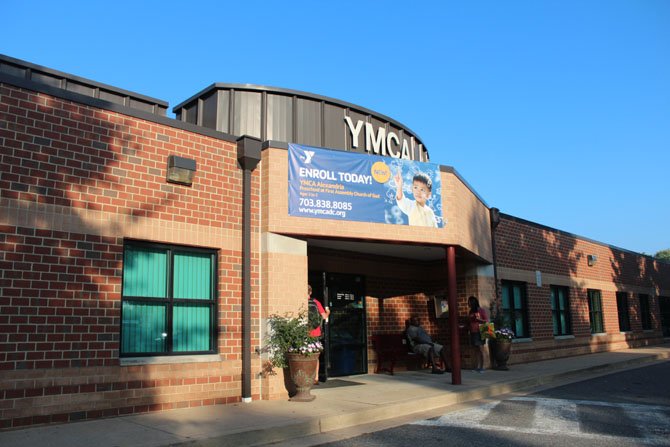 The YMCA fired the Sea Dragons swim team’s coach after he failed a police background check. Photo by Helen Lloyd. 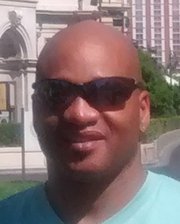 Young swim team members and their parents staged a sit-in protest at the YMCA on Wednesday, Sept. 17, when they arrived for the first training session of the season to find their head coach had failed a police background check and been fired.

Days earlier Sea Dragons coach Solomon Robinson, 53, had notified the sports facility that he had been suspended for three years from participating or coaching USA Swimming team meets. He had failed a background check which is part of the USA Swimming coaching qualification. The YMCA terminated his employment on the spot.

Members of the Sea Dragons complained that the YMCA had failed to let the swimmers and their families know that Robinson was no longer eligible to coach. Many had paid well more than $1,300 each to specifically train with the former Paralympic and Olympic trials coach. Swimmers come from all over the district and Maryland to swim with the Sea Dragons because of Robinson’s coaching reputation.

Swimmers feel that they have been left without adequate coaching to succeed this season.

More than 15 Sea Dragons and their parents refused to move from the YMCA lobby on Wednesday night until they had met with the facility’s aquatic director. They wanted to know why Robinson’s contract had been terminated six days before the start of training yet team members had not been notified. Aquatic director Jim Heffel eventually agreed to discuss the situation privately for an hour with five parent nominees.

“The situation is that we do not have a head coach right now. We are searching for a head coach. There were some HR issues with Solomon Robinson. He is also not qualified to coach USA Swimming meets, that’s another problem. The background checks are included in that process,” Heffel said.

USA Swimming spokesperson Cindy Hayes confirmed that Robinson had been suspended. “He had a hearing and that penalty was decided on. It was not just his background check. There were other issues — other extenuating circumstances surrounding the decision,” Hayes said.

Heffel said that swimmers’ cases would be treated on a case-by-case basis and refunds would be given to those who were no longer happy with being part of the team. However, parents felt it was too little too late as the swim season has already started and other distinguished swim teams in the area are full.

Eric Toppin said he had brought his 10-year-old son, Jamari, to the YMCA explicitly on recommendations that Robinson was the best coach in the area.

“Jamari has started to take things seriously and has been a competitive swimmer for the last three years. We came here to improve his competition timings with this coach. We had one meeting with him to lay out a coaching schedule but now he’s not here,” Toppin said.

Toppin added: “Parents want Solomon back. There is no one like him in this area. Quality head coaches are very difficult to find. Obviously he did an outstanding job and the parents were supportive of him. I don’t think this was because he didn’t do a good job coaching.

“There were a lot of parents here on Wednesday. The lobby was full. They took a group of five and met with them. They said they were going to give parents information about what was happening but we never heard anything more. I don’t know what we’re going to do now. They have let the kids down.”

Robinson said he felt the YMCA had overreacted. He had willingly given them the information about his past history ahead of the start of the swim season.

“Yes, I have a checkered past. I didn’t get the arrests expunged from my record. My wife and I had an altercation but this is private. I came here with 33 years of USA Swimming coaching experience. If I had not told them a single thing about being suspended I would still be teaching now. Because I chose to be honest and brought it to their attention, I’m now terminated,” Robinson said.

He said his wife did not follow through on the December 2012 accusation and so the assault charges were dropped. Similarly, in March this year his wife’s son did not press charges and so that assault charge was also dropped.

The couple are currently going through a divorce.

“The YMCA need not have reacted as they did. In my view this was an overreaction. It’s because USA Swimming has a zero tolerance policy that I have been suspended from coaching with them. The same does not need to apply to the Y,” Robinson said.

He is renowned for coaching Paralympic swimmer Antoinette “Toni” Davis, born with one arm, in the 50 meter butterfly, 100 meter butterfly and 200 meter individual medley. He also coached Nenza Almonds to the 2000 to 2004 Olympic trial and took Howard University up through the rankings to second place at the Northeast Conference Championships.

Robinson, from Fort Washington, Md., is the owner of Team Elite swimming team. On his website he stresses that the key to success is how you train.

To qualify to coach as part of USA Swimming prospective trainers have to undergo Athlete Protection Training, Foundations 101 coaching for new coaches and Foundations 201 for second year coaches. They also have to hold a certificate in CPR and Safety Training for Swim Coaches, and undergo a police background check.