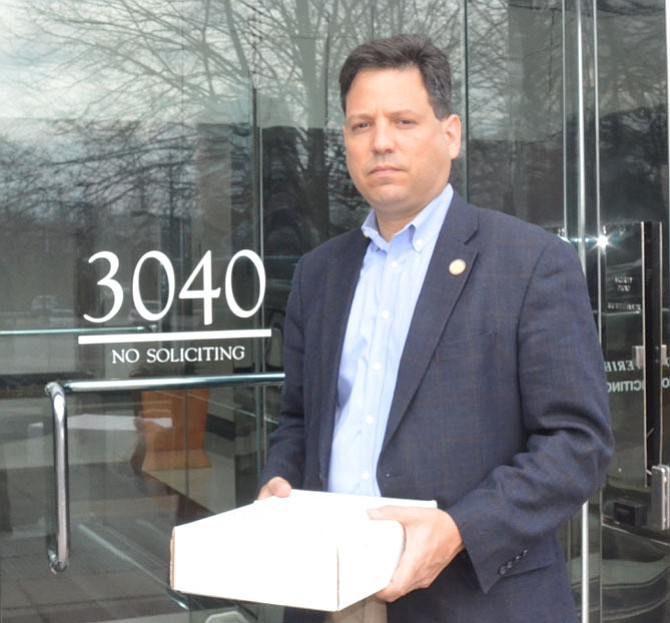 Following a public meeting held March 31 at the South County Government Center to discuss the different projects the Northern Virginia Transit Authority is considering, Del. Scott Surovell (D-44) and 44th District House of Delegates candidate Paul Krizek submitted a petition to the Transit Authority demanding the widening of Route 1 be made a higher priority.

In a statement on April 6, Surovell announced the petition had garnered nearly 500 signatures and would be delivered directly to the Northern Virginia Transit Authority.

“We received hundreds of comments from residents and commuters who described how this congestions keeps them on the road and takes countless hours away from their family,” Surovell said in a statement. “Furthermore, this project will also lay the groundwork for a substantial section recommended for significant transit improvements in the U.S. 1 Multimodal Transit Alternatives Study which was completed in October, 2014.”

Also in a statement, Krizek referenced the community support for the widening project he observed at a March 31 hearing.

“This bottleneck is not just an inconvenience for those traveling along the corridor but affects our quality of life, ability to attract new businesses and the ability for our emergency personnel to do their jobs,” Krizek said. “I sincerely hope that the NVTA will prioritize funding for the widening of U.S. 1.”

Surovell is currently running for the 36th District Senate seat being vacated by state Sen. Toddy Puller. According to the Virginia Department of Elections, he will face Republican candidate and Dumfries Mayor Jerry Foreman as the Democratic party’s direct nominee.