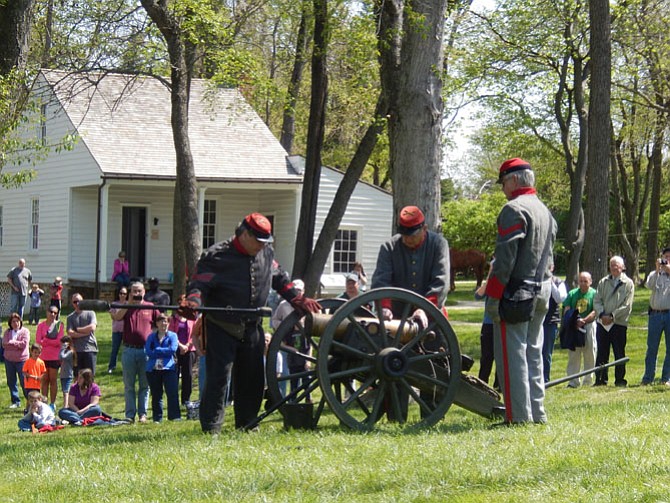 Civil War re-enactors prepare to demonstrate the firing of a cannon during last year’s event. Photo by Bonnie Hobbs.

Civil War camp life and weapon-firing demonstrations are among the highlights of the 15th annual Fairfax Civil War Day. It’s set for Saturday, April 25, from 10 a.m. to 5 p.m., at the Historic Blenheim Estate, 3610 Old Lee Highway in Fairfax. Courtesy of the City of Fairfax, Historic Fairfax City Inc. and the Fairfax Rifles – Company D of the 17th Virginia Infantry Living History Organization – residents will be able to step back in time for a glimpse of life here in the early 1860s.

Cost is $5 for adults; $3, children ages 3-12; and free for children 2 and younger. Proceeds benefit Blenheim’s renovation. Free shuttle service will be provided from Fairfax High School; no parking will be available at the event site. Food will be offered by Red Hot & Blue and Historic Fairfax City Inc.

Film: “The Spy Within” – Women of the Civil War, Civil War Interpretive Center

Demonstration: “Cooking Up the Past” – Joyce White, food historian