Take a Journey Back in Time — Fairfax Civil War Day is this Saturday, April 29.
Votes

Take a Journey Back in Time — Fairfax Civil War Day is this Saturday, April 29. 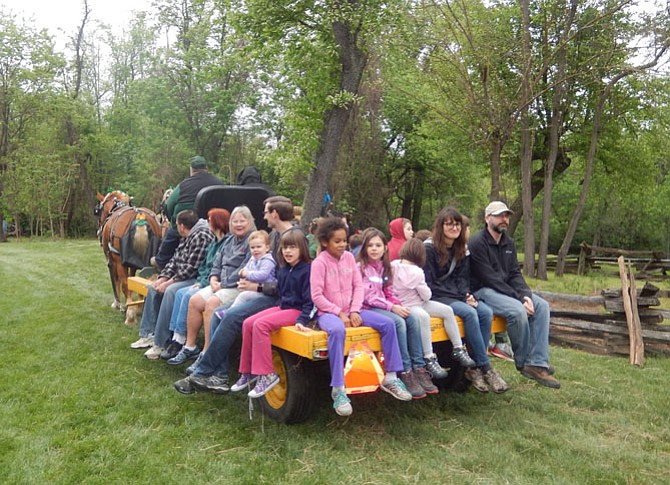 Children enjoy a hayride on the grounds during last year’s event. Photo by Bonnie Hobbs. 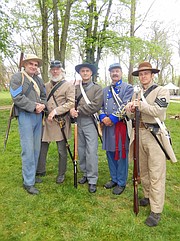 The City of Fairfax is the place to be this Saturday, April 29, for the 17th annual Fairfax Civil War Day. Attendees will experience American Civil War camp life and enjoy a variety of living-history presentations, from 10 a.m.-5 p.m., at Historic Blenheim, 3610 Old Lee Hwy.

Admission is $5, adults; $3, children 3-12; and free, children 2 and under. Proceeds benefit the restoration of Historic Blenheim. No parking will be available at Blenheim, but there’ll be free parking and full-accessibility shuttle service from Fairfax High School, 3501 Rebel Run, at the bus stop on the side of the building parallel to Old Lee Highway.

Re-enactors will demonstrate and discuss a wide array of topics, including African-American units in the United States Colored Troops, medicine, blacksmithing (with a replica 1862 traveling forge), and the preservation of Mount Vernon. New participants this year include a silhouette-portrait creator, preservationist Sarah Tracy and photographer Mathew Brady with his display of period camera equipment.

There’ll also be talks on various Civil War subjects, such as Fairfax County Freedmen’s schools, the art of 19th century mourning, and the life of a living-history presenter portraying General Lee. Civil War documents from the Fairfax County Circuit Court archives will be on display in the site’s Civil War Interpretive Center.

Other popular activities each year include the firing of cannon artillery guns, youth “boot camps” for children, author/vendor tents and wagon rides through soldier camps. The Black Horse Cavalry, a crowd favorite, will return with its horses to discuss cavalry tactics. The host musical group is the 2nd South Carolina String Band.

The whole shebang happens on a historic, 12-acre wooded estate with a home built circa 1859. Guided tours of the first floor of the historic house and its famous Union soldier graffiti will be offered from 11 a.m.-5 p.m., as well as a discussion about caring for the sick and wounded by living-history interpreters portraying Surgeon B.L. Hovey and his wife, Marilla. Signed Civil War prints from renowned artists will be sold at Grandma’s Cottage.

This event is produced by the City of Fairfax Office of Historic Resources, with support from Historic Fairfax City Inc.; and the 17th Virginia Infantry, Co. D, Fairfax Rifles. For more information, go to www.fairfaxva.gov or call 703-591-0560.

“Women of the Civil War Era,” women of African descent and the fight for freedom