Not Enough Progress Made on Affordable Housing in Alexandria
Votes

Not Enough Progress Made on Affordable Housing in Alexandria 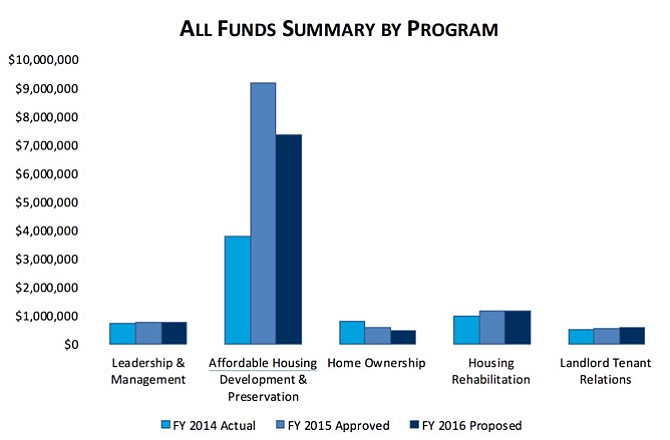 “Even with a master plan in place, little progress has been made over the past several years in developing affordable housing options.”

The 2010 City Council Strategic Plan laid out seven main goals for the city’s long-term development. Goal number one was to “achieve a net increase in the number of dedicated affordable rental and ownership units in the city by 2015.” A community needs assessment released by a collection of Alexandria’s city departments and non-profit groups has confirmed that, as of 2015, the city has made little progress on that goal.

“The lack of affordable housing is the ground zero of need in the city, influencing every other issue that service providers work to address,” said the report. “The inability of services providers to connect individuals and households to decent, safe, and affordable housing inhibits the progress they can make .…”

The conclusions were based on the results of nine focus group meetings in 2014 with 82 total participants, as well as 112 responses to a community survey and analysis of six existing reports on Alexandria’s human services. In all nine focus group categories, which covered topics like senior services, physical and developmental disabilities, and immigrant services, the topic of housing inaccessibility was recurring. The report did not establish new recommendations, but instead focused on encouraging implementation of the affordable housing strategies established in the city’s 2012 Housing Master Plan.

“Even with a master plan in place, little progress has been made over the past several years in developing affordable housing options,” said the report, “nor is a strategy apparent to begin aggressively implementing the plan’s recommendations.” 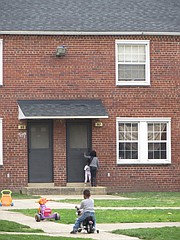 AFFORDABLE HOUSING in Alexandria is divided into two categories: assisted housing and market rate affordable units. Assisted housing is primarily apartment complexes in Alexandria where certain units have rent costs supplemented by the city. Market rate affordable units are housing complexes built specifically for those with incomes at less than 60 percent of the area’s median income.

According to the 2013 Housing Master Plan, in 2000 there were 18,218 market rate affordable units, which fell to 9,850 by 2010. But Eric Keeler, division chief of Program Administration for the Office of Housing, said that increasing rents has driven that number down to 6,600 units.

As of October 2014, Alexandria Redevelopment and Housing Authority has a voucher wait list of 7,840 households and there is a 6,952 household waiting list for public housing.

“We need to have lots more housing options for people,” said Helen McIlvaine, acting director of Housing for the City of Alexandria. “It’s tricky given the constraints and financial resources. The other resources for housing are limited and there’s a lot of competition for them, but here in the city we are doing everything we can to add to that number.”

“When I was told how long the wait list is, I was stunned,” said Lisa Edouard. “I can only imagine what it’s like for someone who's a senior citizen or part of a family… people who have concerns about getting into schools. It’s a very jarring and eye opening experience. It’s easy for people to talk about it and make up their minds about it, but once you’re actually in it and you’re looking for help, it changes your perception.”

Edouard, a 20-year resident, was once a local homeowner. When the recession hit, Edouard said she was laid off from her job and was unable to continue paying her mortgage. She could no longer afford to live in her home.

“It’s an interesting situation, because at one point you’re able to take care of your basic needs, and the next you’re struggling to make ends meet. I wanted to stay in Alexandria. I go to church here, I work here, I volunteer in the Alexandria community and my preference was to stay,” she said.

Edouard eventually moved into an affordable dwelling unit developers add to apartment complexes, often in exchange for accommodations on apartment density from the city. Edouard works for the Alexandria Housing Development Center (AHDC), one of the nonprofit developers in the Alexandria Council of Human Service Organizations (ACHSO) responsible for the Needs Assessment.

“There’s a perception that if you if you live in below moderate income housing, you’re not working or you have kids and you’re trying to take advantage of the situation,” said Edouard, “but I have a master’s degree. I work for a nonprofit. I’d like to think I’m contributing to society … Why shouldn’t I be able to live in Alexandria? Why should I have to live in Woodbridge or Stafford and head in to Alexandria and D.C. to work a minimum wage job? Housing is a basic human dignity, it’s a basic human right. In this country, it should not be a struggle.”

“There’s two pieces to affordable housing,” said Keeler, “one is making sure we don’t have a net loss in housing and the other is maintaining existing projects. We have projects from the 1970s, 1980s, and even the early 1990s that are starting to come out of their compliance period.”

“What we’re trying to preserve are things that have been affordable and keeping them affordable while constantly working on new projects,” said McIlvaine.

Meanwhile, 6,952 Alexandrians continue to wait for more affordable housing to become available and 7,840 wait for affordable housing vouchers. Until November of 2014, Terry Garrett was one of them. After seven years of waiting, Garrett was finally able to move into Old Town Commons, an EYA property near the Braddock Metro. In 2007, Garrett was released from the Alexandria Detention Center and went to stay with Friends of Guest House, a nonprofit organization that helps female ex-offenders transition from prison back to the local community. According to Garrett, almost one year after filing her initial paperwork for an affordable housing voucher she was told that she was ineligible for a voucher because she had to be crime free for three years.

“It was very frustrating,” said Garrett. “You’re working hard to stay sober, going to work every day, and all while waiting on housing. I’m doing what I’m supposed to be doing, but I keep getting kicked around by housing.”

Melodie Seau, Landlord/Tenant Relations Division chief for the Office of Housing, said that the Alexandria Redevelopment and Housing Authority has varying time limits for admission after conviction or incarceration depending on the nature of the offense.

Even once she did find housing, Garrett said it can still be extremely difficult to get by.

“It’s supposed to be affordable housing, but it’s not,” said Garrett. “Once you get in here, you learn differently.”

Garrett’s rent is $1,200 per month, of which her affordable housing voucher pays $1,100. However, Garrett says still pays $270 per month for electric and utilities, all of which comes out of the $350 she receives from Social Security, which leaves her with $80 each month for food and other essentials. Garrett says she has to ask her children each month to help her with her cell phone bill.

“I’ve never had to utilize social services to pay the bills,” said Garrett. “It bothers me, wondering how I’m going to buy toilet paper, or soap, or dish washer liquid. It’s hard, even once you can get in affordable housing. It makes you want to give up, but I’m not giving up.”