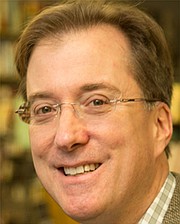 Fraud and identity theft is an increasing criminal sector and will likely continue to grow. On Nov. 13, an off-duty police officer noticed a fraud device known as a “skimmer” on an ATM at a Huntington 7-11.

While the risk of fraud is growing in prevalence for all Virginians, seniors are hit particularly hard. A recent New York Times article estimates elder abuse costs about $3 billion annually and that incidents of elder-client abuse identified by financial advisors have tripled in the last three years.

A November Consumer Reports article found 1-in-5 seniors reported being financially exploited in 2010. The article noted the Federal Trade Commission reported a 47 percent increase in fraud complaints against seniors between 2012 and 2014.

A common scam involves calling an elderly individual, claiming their grandchild is in the custody of a foreign police department and asking them to quietly wire a sum of money to post bail. My own elderly parents were almost victims of this scam, but luckily they were skeptical enough to check with me. The scammers encourage their victims to keep their activity quiet to avoid an embarrassing international incident.

These crimes pose a challenge to law enforcement officials, since most of these scammers and fraudsters are untraceable and reside outside of the United States. The majority of these crimes happen quickly and many victims realize they’ve been scammed within 48 hours of the event. Once they have your money, it’s impossible to get it back and the criminals are neither found nor prosecuted.

Fraud, theft and identity theft are already crimes, so traditional methods of quelling these activities are redundant and generally ineffective since the criminals are impossible to catch. Where lawmakers can push back is to make sure these criminals never get your money in the first place.

The precedence for this measure comes from Missouri, which recently allowed stock brokerages suspecting elder fraud to refuse to process a senior’s trade request or transaction for up to 10 days. Washington and Delaware already do this and New York is considering a similar bill for banks.

To minimize the risk of banks delaying legitimate transactions, the bill I will propose provides that a “qualified individual” at these institutions would be allowed to call family members, securities regulators or senior-services officials if they believe a request for a financial transaction would result in financial exploitation of a senior. A “qualified individual” is a broker’s supervisor, compliance or legal officer. This law would also apply to younger individuals with disabilities.

If this consumer-protection bill passes, it will keep your money out of the hands of criminals and should be significantly more effective than the current law.