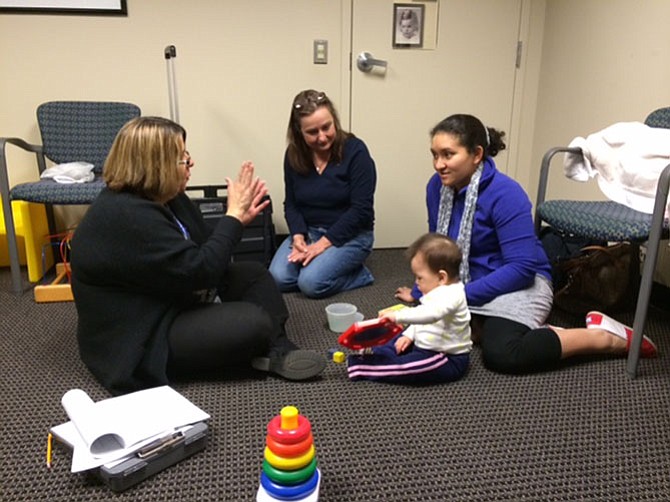 What Is the CSB?

The Fairfax-Falls Church Community Services Board is the public agency that provides services for people who have mental illness, substance use disorders, and/or intellectual disability. The CSB also provides crisis intervention and suicide prevention services.

That message rang loud and clear to Teresa Gallahan, school nurse at a Catholic school in Chantilly. The teen was part of a training video for a course on Youth Mental Health First Aid, offered by the Fairfax-Falls Church Community Services Board.

Gallahan, from Herndon, was impressed that the instructor urged her to enter the phone number for the CSB Crisis Hotline into her cell phone on the spot.

Who To Call for Help:

Staff at all of the numbers listed above can take calls in English and Spanish and can access other languages when needed.

"I'm trained to look for resources," said Gallahan, a Herndon resident, who has worked at St. Veronica School for approximately 7 years. Gallahan and her principal have now organized all teachers and staff to take the CSB training.

"Most parents appreciate that we keep an eye on their children," Gallahan said.

Mental Health First Aid is one of the ways the Community Services Board serves all residents in the community.

TRACEY PHILLIPS was 24 weeks pregnant when her labor began.

She had three premature triplets; her second baby didn't survive, and her son and daughter spent five and four months in the neonatal intensive care unit.

"I had to recover from a C-section, we had to plan for my son's funeral, and we had two very sick children in the NICU," she said. "The human spirit finds a way." 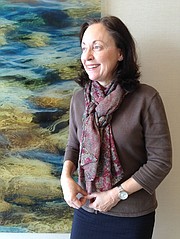 Phillips' family was immediately helped by the CSB's Infant and Toddler Connection, which provides evaluations and early intervention services for infants and toddlers who might have developmental or intellectual disabilities or developmental delay.

"We would be looking at a very different picture had my family not been given early intervention," Phillips said. "When my daughter started to walk I was sure she was on the right track."

Phillips' children, now six, both have special needs. Phillips now works for the Infant and Toddler program and is grateful she can give back to other families who are beginning their special needs journeys.

"There's a whole movement of people with lived experience who have something to offer,” said CSB Executive Director Tisha Deeghan, of hiring people like Phillips. “That voice is absolutely magical in helping."

During FY 2014, the CSB served 3,164 children through the Infant and Toddler Connection.

THE COMMUNITY Services Board plans, organizes and provides services for people who have mental illness, substance use disorders, and/or intellectual disability. The CSB served 21,249 residents during last year's fiscal year.

Most CSB services are primarily for people whose conditions seriously impact their daily functioning. But anyone with a related concern may contact the CSB for help in finding appropriate treatment and resources.

"We are here for everybody," said Deeghan, who moved to Fairfax for her new job in September. "We are the agency that deals with the most difficult and complex situations."

Deeghan took the helm at the Community Services Board in September 2014, coming from Michigan with 33 years of experience in mental health and substance use disorder treatment and prevention. Most recently, Deeghan was the senior vice president and chief operating officer for Genesee Health System in Michigan for 13 years.

Deeghan replaces George Braunstein who retired in 2014 after serving as executive director since 2008.

“I'm learning the Fairfax way, the Virginia way. There is so much wealth here, but there are two Fairfaxes,” said Deeghan of her new home. “There is the wealth and the resources and the tremendous support from the Board of Supervisors. But there's another Fairfax, where people are very vulnerable, people who cannot find jobs, people who can't access services.”

“It's state of the art,” Deeghan said. “It’s the best example that I know of of an opportunity to bring integrated-care services to people.”

Primary health care, pharmacy, dental clinic are available at the same location, as well as emergency services, entry and referral services, and more.

As one example, having a pharmacy onsite so patients are certain to receive their medications as soon as they are prescribed is a major advantage.

Providing integrated services is a national movement, Deeghan said. She cited a study a few years ago that showed that people with serious mental health issues often die 25 years or more earlier than others from treatable illnesses, because they didn’t have access to health care.

Of the people served at the CSB last year, only 40 percent said they had a primary health care provider.

One in every five people live with a mental health problem, according to CSB documents. Two-thirds go without treatment.