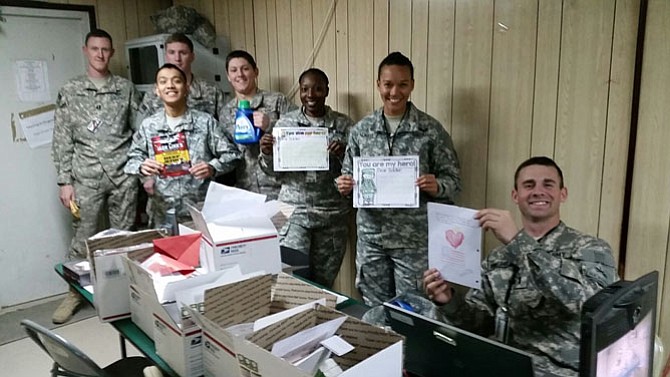 The transition from serving in the armed forces to civilian life is often not simple.

While in Fairfax County there are more than 12,000 veteran-owned businesses, indicating a significant measure of success, for others the path is far more difficult.

For a small number of veterans, unemployment, alcoholism, drug abuse or mental or physical disability causes them wind up at rock-bottom: homeless.

In Fairfax County’s 2014 “Point-in-Time” count of homeless individuals living in the Fairfax-Falls Church community, veterans made up 8 percent of the total number of 1,225 people. The next Point-in-Time snapshot study will take place on Wednesday, Jan. 28, in coordination with the Metropolitan Washington Council of Governments.

Dean Klein, director of the county’s Office to Prevent and End Homelessness, said it’s difficult to maintain an exact head count because of the transient nature of the group and, he believes, many veterans who are homeless choose to not identify themselves as veterans. He estimates that there are about 150 homeless veterans in Fairfax County.

That population is the focus of First Lady Michelle Obama’s Mayors Challenge to End Veterans Homelessness in 2015. Board of Supervisors Chairman Sharon Bulova announced recently that Fairfax County is joining the over 200 mayors and elected officials nationwide to take on that challenge. 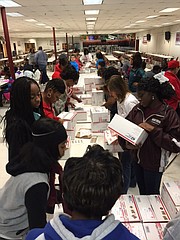 “COULD WE HAVE ALL VETERANS IN A HOUSE by end of 2015? Yes,” said Mary Keeser, a governance board member for the Office to Prevent and End Homelessness, and founder of volunteer organization America’s Adopt A Soldier.

“Would that prevent them from becoming homeless again? No. We didn’t solve the root problems. They need to go back and get training, jobs. Can we work on our preventative measures? Absolutely.”

For any case of homelessness, there’s no magic bullet.

“That’s sort of the end of the spiral,” said Bulova, “when someone has had difficulty during their daily life, trying to cope with things that they’ve experienced when they were serving their country. It may be marital differences, drinking, drug abuse, financial difficulties. And trying to look at some of those root causes, where this all began, is important to ending homelessness.”

For “Jones,” a mid-30s veteran of the war in Iraq, the downward spiral was a result of his Post-traumatic stress disorder. “He could not sleep, could not live with what he saw,” said Keeser.

Jones ended up walking out on his wife and children, his life, to live in the woods south of Fort Belvoir. One day he was approached by a community member who also happened to be a veteran. That person earned Jones’ trust and convinced him to seek help from a Veterans Affairs caseworker.

Over the next six months, Jones received counseling services through the VA and a HUD-Veterans Affairs Supportive Housing (HUD-VASH) rental voucher helped secure him an apartment. He found a job through Adopt A Soldier’s placement network and is working.

Each January, hundreds of homeless veterans from around Virginia, Maryland and Washington, DC are brought to the Washington D.C. VA Medical Center for a meal, haircuts and shaves, physical exams, education services and coats. This year’s Winterhaven event will take place Jan. 24.

THE TOTAL HOMELESS POPULATION, according to the Point-in-Time studies, has dropped by about a third between 2008 and 2014. But resolving homelessness and homeless veterans remains a point of focus for the county, nonprofit service organizations and their corporate partners.

The Mayors Challenge will propel work already in progress.

“It’s intended to renew our commitment to ending homelessness for veterans,” said Klein, “to raise awareness and bring on new partners.”

Fairfax County has a goal on the books of ending all homelessness by 2018.

“We already have a very strong effort in place,” said Bulova. “When I was invited to join the Mayors Challenge, I felt pretty confident in doing that.”

The county attributes its decrease in homelessness to various assisted housing initiatives and support services, collaborative efforts across faith-based communities, state, federal and local governments, and partnerships with businesses and nonprofits.

Klein cited three major areas where progress can and is being made:

Another collaborative initiative aimed at both preventing and alleviating veterans homelessness is the Veterans Treatment Docket. This concept is a way to defer incarceration, relying instead on regular court appearances, treatment, being assigned a probation officer and working with a veteran mentor.

The judge on the docket will be Penney S. Azcarate, Chief Judge, Fairfax County General District Court, while the rest of the team will include: the Commonwealth attorney, Sheriff Stacey Kincaid, Chief of Police Edwin Roessler, the Department of Veterans Affairs, pretrial services, the Fairfax-Falls Church Community Services Board, the George Mason University school of law and a mentor coordinator.

BUT SUBSIDIZING HOUSING FOR AN INDIVIDUAL in one of Fairfax County’s 24,000 one-bedroom units ($1,408 per month average rent, based on the 2013 Rental Housing Complex Summary) alone won’t win the war.

“If it was just about finding a roof, that could be easily done,” said John MacPherson, executive director of The Lamb Center, a Fairfax- and faith-based nonprofit drop-in service facility for the homeless.

“It’s not that simple. You have to find the folks and in some cases coax them into that situation.”

For many homeless veterans, the pride they once felt as leaders serving their country switches to shame, leading to an aversion to asking for help when they were once the strong ones providing assistance.

Mental illness and PTSD can compound or heighten that experience, making it more difficult for a veteran to accept help.

“What you’d think just seems normal, getting into housing of any kind would be a good thing,” said MacPherson, “is not normal to them.”

The Lamb Center has a representative from the VA visit regularly to advise guests on what services are available to them through the government. Some people come back to the center for years, MacPherson explained, before revealing they are a veteran.

“They just feel like they don’t qualify,” he said.

AT 21, JACOB FLORES WAS AT AN APEX: He was married, owned a house and was in charge of 12 other Marines. He currently commands the Veterans of Foreign Wars (VFW) Post 8649 in Fairfax Station.

“I got a high in the military,” said the Alexandria city resident. “ I was at my prime in my life; I felt like was in my 30s.”

But a number of issues, not the least of which a divorce, brought Flores back to ground level. He left the Marine Corps and leaned on his friends, family and community for support as he changed gears.

“For a lot of us, our high was that brotherhood, all those men and women that we fought with,” said Flores. “It’s an elite group. You get this pride.”

Flores is studying management and construction engineering at George Mason University, financed by the G.I. Bill. He also works two jobs — one at the Dewberry architecture firm and weekends bouncing at a sports bar — to make ends meet.

But, he said, many veterans have more difficulty making the transition. One bad break turns into another, and especially for those with mental or physical disabilities as a result of their service, they can lose their support system.

“Some people miss those sections of the next step of what they should do,” Flores said.

“Financial matters can become a problem, they get bogged down and don’t have enough money to pay bills or rent. It becomes an avalanche.”

The all-volunteer organization promotes “making a difference in the lives” of active-duty and retired service members through a variety of efforts. They send care packages to deployed troops all year-long, collaborate on the Wounded Warrior Path To Strength and “give back” by hosting veteran-focused activities and educational events. Founder Mary Keeser said the organization also collects donated furniture to fill the living space of formerly homeless veterans who have just moved into housing, and periodically helps cover costs like legal fees that are added barriers to individuals making progress in helping themselves.

ONE OF THE PROJECTS Keeser and others have been working on is establishing a centralized veterans training and care center. Depending on the facility they end up using, it could be residential or not, and would offer “social grounding” services including nutrition, child life experts and job-oriented education.

“It’s the whole-person concept,” said Keeser. “Financial management, mental-emotional-drug issues — people would leave there in a year and walk out of the classroom environment to an actual job.”

Keeser said such a center would help provide guests links to VA benefits, but for funding they would need to rely on grants and partners from the business community.

“We need to stop the bleeding,” she said. “Putting individuals in housing really turns someone around. And part of that moving forward is the job, the pride and the key that opens the door.”

For more information or to get involved with the Fairfax-Falls Church Community Partnership on Ending Homelessness, visit the county’s website www.fairfaxcounty.gov/homeless or the Office to Prevent and End Homelessness Facebook page at www.facebook.com/fairfaxhomeless.