Fireworks on the third, Family Fun on the fourth. 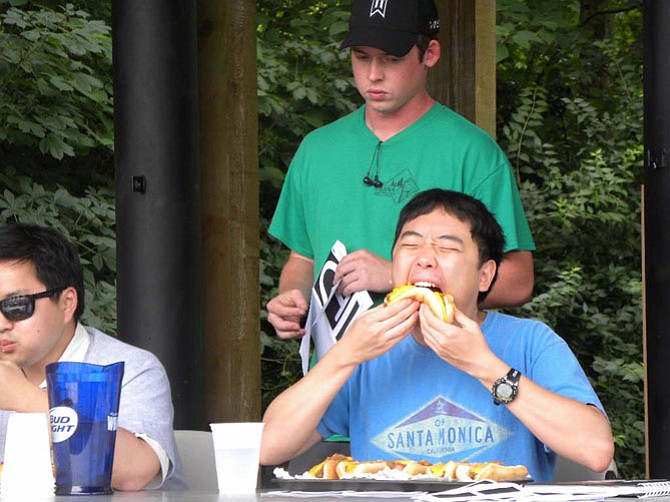 Paul Im, of Vienna, eats 10 chili dogs during a hotdog eating competition during the town of Vienna’s Fourth of July festivities. He lost to Vienna resident Thomas Jung, who bested him by eating 11. Photo by Abigail Constantino/The Connection

Vienna celebrated the Fourth of July in the Town Green with family-friendly activities. Red, White and Blue on the Green was part of a two-day Independence Day celebration, which started Friday with Rocking Independence Eve at Yeonas Park.

Crowds cheered when Thomas Jung, of Vienna, beat Paul Im, of Vienna, and Teddy Tayozaki, of Hawaii, in a chili dog eating contest, tucking into an impressive 11 chili dogs in 15 minutes. Im came close with 10 and Tayozaki gave a good showing with eight.

Vienna residents enjoyed fireworks on July 3 instead of the fourth.