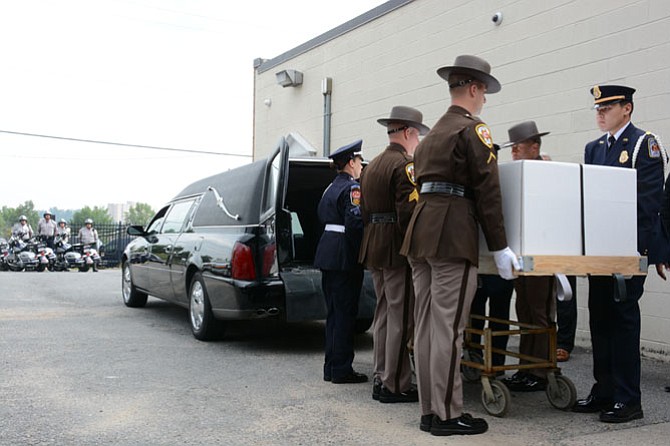 An honor guard representing multiple police and firefighting forces lifts the packaged casket of Brazilian Investigator Carlos Silva, who died in a bicycle accident during the World Police and Fire Games. Photo by Tim Peterson. 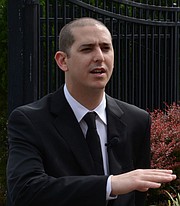 Firefighting personnel from multiple jurisdictions salute Investigator Carlos Silva while his casket is loaded on a hearse bound for Dulles International Airport.

Investigator Carlos Silva is going home to his sister and daughter in Brazil. He died Thursday, July 2 in an accident during a bicycling event at the World Police and Fire Games. Two other athletes were injured in the crash. 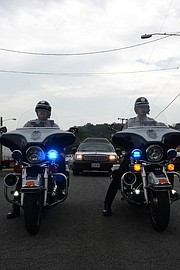 The body of Brazilian Investigator Carlos Silva received an escort of officers from the Fairfax County Police Department, City of Alexandria, Arlington County, the City of Fairfax, Prince William County and the Virginia State Police to Dulles International Airport.

“We know they would do the same for us,” said police representative Don Gotthardt. “It was tragic, it’s still surreal. This is our sign of respect — our main focus is to get Carlos home to his family so he can rest in peace.”

Silva’s cousin Alex Manente of Reston was among several family members and Brazilian diplomatic officials being escorted with the investigator’s body.

“He was a funny character who would always make you laugh with jokes, lots of jokes,” Manente said. “We’re so happy he’s going home today.”