Mount Vernon: ‘Not Too Far From Here’ Fund Aids Local People in Need 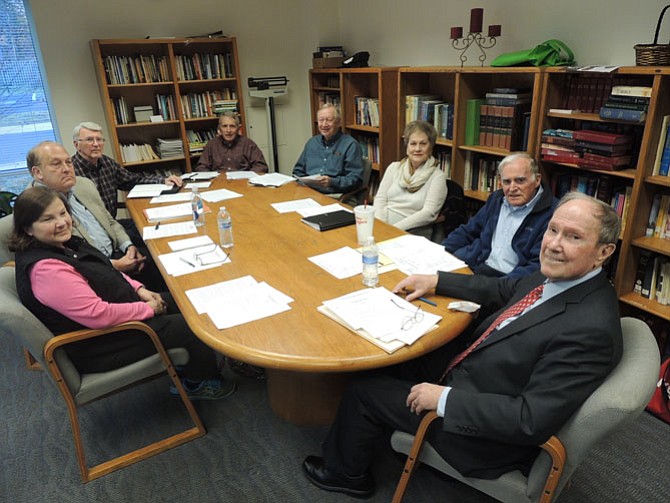 “Somebody's down to their last dime

Somebody's running out of time

Not too far from here

Somebody's got nowhere else to go

Somebody needs a little hope

Not too far from here”

The song “Not too Far from Here” by Steven Siler and Ty Lacy goes on to say “Help me Lord not to turn away from pain. Help me not to rest while those around me weep.”

This song inspired a member of Aldersgate Methodist Church in late 2009 to make an anonymous donation of $250,000 to establish an endowment fund to help those in need within 25 miles of the church located at Fort Hunt Road and Collingwood Road.

Over the past five years, interest from the fund and subsequent donations has made a difference in the lives of more than 300 of Aldersgate’s neighbors in need through the distribution of over $190,000. In 2014, the Not Too Far From Here (NTFFH) Fund provided about $92,000 to help 135 local people with emergencies or issues that fall between the cracks of larger agencies.

This fund is unique in many ways. It is substantial and thus able to actually help a number of people; it is governed by a single-page document; it covers gaps left by state and county human services agencies; and it is highly flexible, unbound by a myriad of qualification rules that can so frustrate clients of state and county agencies.

The one-page of directions bestowed by the donor stipulates that the funds be spent locally, that they assist with essential needs such as medical care, housing, food, and clothing, as well as mental health care, and that they help people and groups who have been overlooked, like the forgotten people identified in the song.

Although many private and government programs help individuals who have fallen on hard times, they don’t have the resources or flexibility to help in every situation. This gap is where the NTFFH Fund steps in. The Aldersgate Endowment Committee seeks out hard cases where someone has "fallen through the cracks" and has nowhere else to turn.

Of the $92,000 spent in 2014, housing and medical expenses were most the pressing need. Nearly 50 percent of NTFFH funds were spent on rent, security deposits, and other housing-related costs. Medical and dental expenses, prescriptions and other health needs, accounted for the next largest category, 34 percent. The fund has also paid for transportation-related expenses, including vehicle repairs, car insurance, and driver’s license fees (4 percent) and for emergency debt assistance (5 percent).

Recipients remain anonymous, but a few stories of people helped, provided by the endowment committee.

The committee provided one of the many notes of thanks: “(We) are so very grateful to the church for the help it has provided. No question you have helped us stay in our home while I mend. In the future if there is anything we can do please just ask. In (all my) years I’ve come to know that words of compassion are healing, but actions and meeting needs are the foundation of a Godly life. Again our many thanks.“

Endowment committee members urge others to help neighbors in need. If funds are needed, contact the church office at 703-765-6555 for consideration. Requests submitted are followed-up confidentially by a member of the committee.

Keeping People in Their Homes

The Aldersgate Methodist Church Not Too Far From Here (NTFFH) Fund has helped a number of people and families stay in their homes during difficult times. Here are some of their stories from the Aldersgate Endowment Committee.

The Aldersgate Methodist Church NTFFH fund has provided assistance to defray medical expenses other costs related to illness that can overwhelm a low-income family.