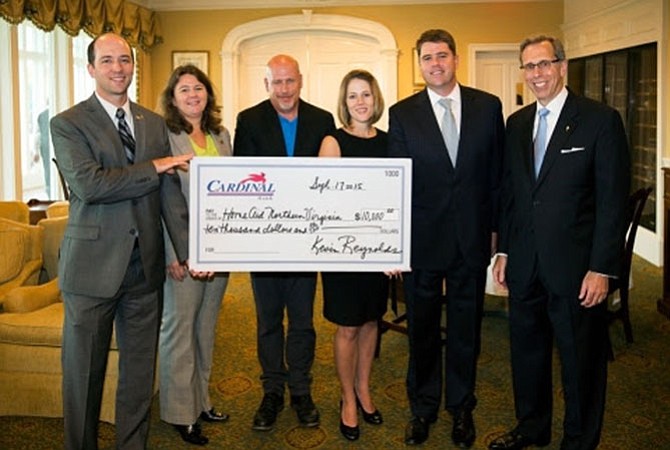 Cardinal Bank (NASDAQ: CFNL) announced that the Cardinal Community Fund and George Mason Mortgage, LLC, have awarded $10,000 to HomeAid Northern Virginia. Founded in 2001 by members of the Northern Virginia Builders Industry Association, HomeAid has built and renovated 99 homes and shelter facilities, valued at more than $12.6 million, for more than 72,000 homeless families and individuals in Northern Virginia. HomeAid enables families and individuals to get back on the road to self-sufficiency, helping them break the cycle of homelessness and rebuild their lives. Earlier this year, the Cardinal Community Fund awarded a grant to Women Giving Back, a program then operated by HomeAid Northern Virginia, which provides clothing to women and children living in the shelter community.