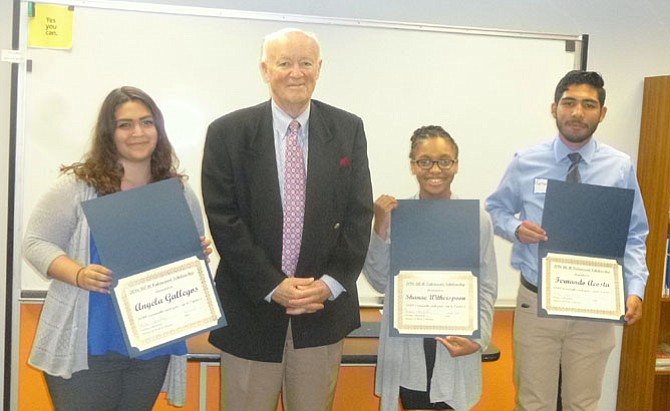 Thanks to a bequest from her estate in 2014, the Lois Valencourt Scholarship Fund at UCM enables students who have graduated from high schools in the Mount Vernon area to pursue training and career advancement after high school graduation.

Each of the students received a $1,500 scholarship that is renewable next year. Three of the four recipients are participants in UCM programs. The 2016 Valencourt Scholarship Fund awardees are: