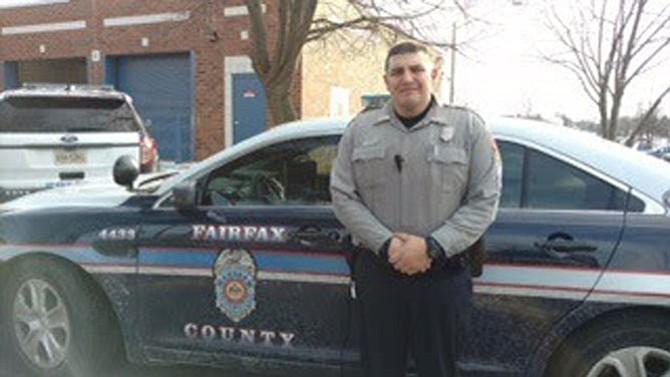 PFC Chris Mamalis of the Mount Vernon District police station helped rescue a 9-year-old boy in his neighborhood who had fallen through the ice. Photo courtesy of Fairfax County Police Department

PFC Chris Mamalis of the Mount Vernon District police station helped rescue a freezing nine-year-old boy from his neighborhood while off-duty on Jan. 21.

Mamalis first saw several children dragging someone while he was commuting to work. One of them recognized him and called for help. The boy had fallen into a creek that was close by, and was almost unconscious and unresponsive, a release from the Police Department said.

Mamalis acted quickly to warm the boy in his vehicle, running the heater and putting some of his own dry clothing on him.

A rescue team took the boy to Inova Fairfax Hospital. His injuries were non-life-threatening.