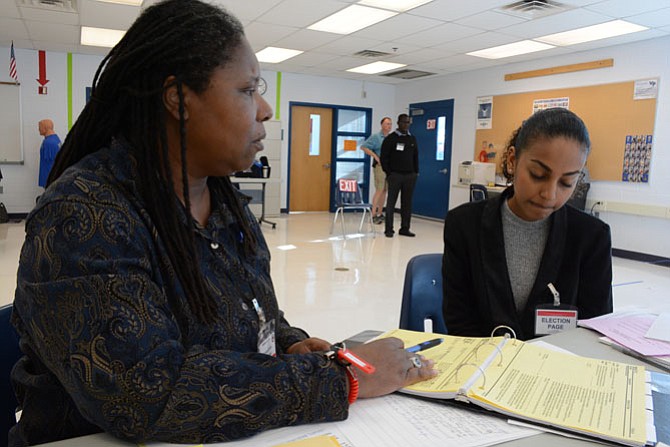 Cameron Sasnett has one message for people concerned about the integrity of elections -- at least from a procedure standpoint: Get involved as an election officer.

“For someone who’s passionate about the political process,” said Sasnett, the Fairfax County General Registrar and Director of Elections, “there’s no better way of ensuring its integrity than becoming a participant in the process.”

Sasnett said the Office of Elections is still seeking about 100 people to be trained to become election officers in time for the presidential primary in March.

With more than 200 precincts in Fairfax County, each requiring eight to 12 election officers to help make the day’s voting run smoothly, it’s a tall order.

Sasnett said the Office is a little shorthanded for March due to public school being in session (they lose around 300 student pages). Also, with days still being relatively short in March, darkness is a deterrent for some older retiree election officers.

Some of the areas most in need of additional election officers include along Route 1 north of Hybla Valley, Herndon and Reston, McLean, Merrifield and Vienna, the western side of Centreville and Falls Church.

Sasnett said new officers can sign up and be trained basically up until the day of the primary. New officers will attend a training at the Fairfax County Government Center, 12000 Government Center Parkway in Fairfax. The two-hour training offers basics on how to operate the elections equipment like tabulators, as well as an overview of operations and emergency procedures.

“It gives them that 30,000-foot view,” Sasnett said. “We want to make sure what we give them is as big as possible, so they’re not caught off-guard.”

For their service in being trained and then participating for the duration of the polling day, election officers receive a stipend of $175.

For more information or to contact the Fairfax County Office of Elections about working as an election officer, visit www.fairfaxcounty.gov/elections/working.htm, call 703-324-4735 TTY 711 or email elect@fairfaxcounty.gov.