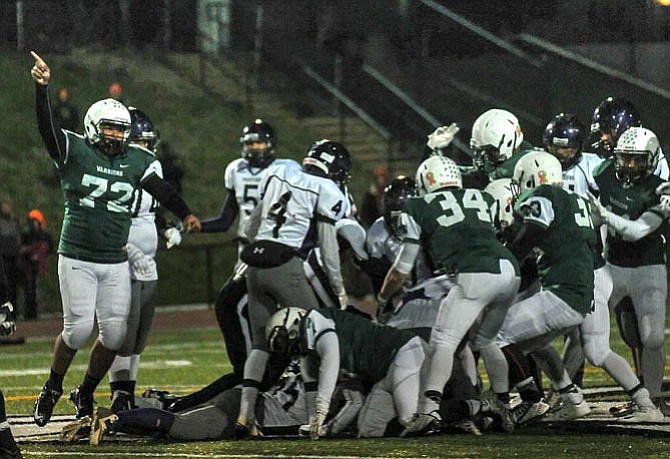 A snowstorm caused Arlington County Public Schools to cancel classes and athletic events for more than a week. Parts of Northern Virginia received more than 20 inches of snow during the weekend, according to the National Weather Service, creating a break from competition for local high school athletes.

A: I didn't expect as much snow as we got, at all. There was so much snow that my entire backyard is practically blocked off.

A: We bought enough groceries to last about three days. We also had our shovels and salt ready before the snow started to fall.

A: Played video games with my brothers and watched the Michigan State vs. Maryland game and both NFC and AFC championship games.

A: I went sledding with a couple of friends and had a snow ball fight with my siblings.

Q: Do you play a winter sport at Wakefield? If not, are you preparing for a different sport?

A: I'm preparing to play lacrosse for the first time this spring.

A: I did sit­ups during the commercials to kill the time.

Q: Do you have college plans? Will you be playing a sport?

A: I plan to play football at a [junior college] next year. I'm not sure yet, though. I'm looking at several schools, currently.