Strategies for Preventing Concussions This Summer 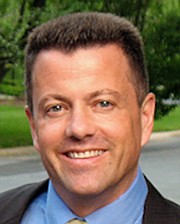 Summer has been dubbed “trauma season” by health care professionals. Warm temperatures make swimming, biking, hiking, waterskiing and other outdoor activities irresistible during the summer, but this also means a rise in concussions and other injuries. In fact, every 19 seconds someone in the United States sustains a traumatic brain injury.

The National Institutes of Health define a concussion as a mild traumatic brain injury caused by an external force, such as a blow to the head. Symptoms can include a headache or neck pain, nausea, ringing in the ears, dizziness, or fatigue, while serious symptoms include seizures, trouble walking or sleeping, weakness, numbness, or decreased coordination, repeated vomiting or nausea, confusion, and slurred speech.

Michael Lewis, M.D. is the president of the Brain Health Education and Research Foundation in Potomac, Md. Lewis, who retired from the U.S. Army after more than 30 years of service, is dedicated to improving public health. He spent the last five years of his military career working on nutritional interventions to help prevent and treat brain injuries from physical and psychological trauma.

His interest in brain injury treatment was sparked by the 2006 explosion at the Sago coal mine in Sago, W.Va. The blast and collapse trapped 13 miners for nearly two days.

“Only one guy survived,” saidLewis. “They used high dose omega-3 fish oil to help his brain recover from carbon monoxide poison. I wondered if it would help soldiers recover from traumatic brain injury. I put together a program to do that kind of research for the military. How can we improve from the inside out for any solider or athlete who is at risk for head injury?”

Lewis' focus is on the clinical use of omega-3 fatty acids for the prevention, acute treatment, and rehabilitation of brain injuries from traumatic brain injury and concussions, stroke, PTSD, and other conditions.

On a more personal level, Lewis’ 16-year-old son Isaac attends Winston Churchill High School and plays two sports often associated with concussions: football and lacrosse. Lewis says his son has never sustained a concussion, but he is working with the school’s athletic staff on strategies to prevent concussions among athletes. He also makes sure his son takes fish oil every day.

"The value you get from sports far outweighs the risks, but we should mitigate the risks as much as possible.”

“The value you get from sports far outweighs the risks, but we should mitigate the risks as much as possible,” Lewis said. “I implement this with my own 16-year-old son.” He also advises his patients to “take a fish oil supplement every day or eat good sourced salmon."

Symptoms of a concussion might not be immediately apparent. “The more subtle symptoms are those that appear days or weeks after an injury,” said Lewis. “The personality might change, a person might become more irritable, have brain fog or have trouble thinking, or their head feels like it’s stuffed with cotton.”

Among the signs that one might have sustained a concussion are a “loss of consciousness, followed by marked confusion,” said Robert Wade, Ph.D., dean of Nursing, Northern Virginia Community College’s Medical Education Campus, “Most likely a headache too.”

No two injuries are the same. “Each concussion is different, which means the same child could have different symptoms during different concussions,” said Ryan Wildenhain, head of Sports Medicine at Marymount University.

When students are back in school, parents should watch for another common indicator of concussions in student athletes. “One of my warning signs are grades that are falling off,” said Lewis. “A straight ‘A’ student whose grades drop is a warning sign. A good kid who all of a sudden becomes irritable should prompt questioning. Kids are not always good at telling, they tend to want to play through it — it’s part of our culture.”

Wearing proper protective equipment is recommended as a way to prevent concussions. “Minimizing the risk of a child sustaining a concussion is extremely difficult and dependent on the type of activities the child does,” said Wildenhain. “Every child should be properly educated on how concussions occur, the signs and/ or symptoms of a concussion, and how to avoid dangerous situations for the specific activity they intend to do.”

“Even if you’re wearing a football, hockey or motorcycle helmet, when you hit something, another helmet or another head, it causes injury,” he said. “If coaches see anything that is any way questionable they should get them off the field and out of harm’s way. I think it’s a parent’s duty to stop the game and pull the kid out of a game if they see something that a coach doesn’t see or doesn’t respond to.”