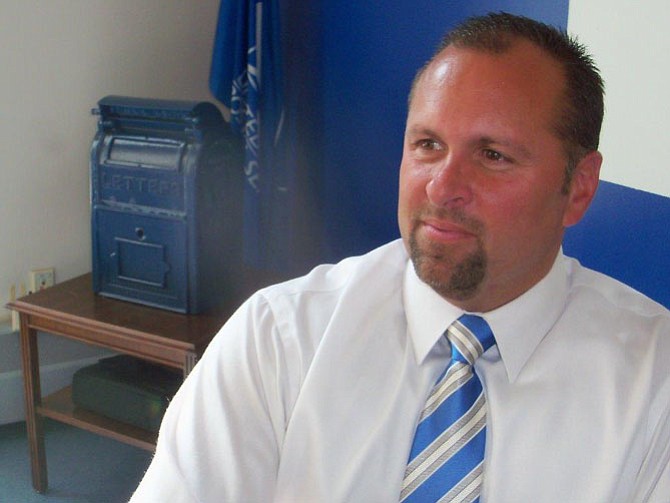 Not unlike a man of like age, it leans slightly as dictated by their common enemy, age. Eight decades will do that.

One time, the old mail box on King Street at Highland Place and its kin were major channels of communication across the world, near and far. Gone are the days when this box received messages for sons in far-flung battlefields, and penny postcard valentines signed “your secret admirer,” and bills a day late with penciled note intended to avoid late fees, and “dear john” letters to boys away at war or in college from girls who found four years of waiting unbearable, and mother’s day cards with scripted verses, and comforting reports to home from those establishing themselves faraway, and expressions of grief to those who had lost loved ones, and “thank you” notes for a multitude of occasions, and applications for jobs or for admission to schools, and apologies oh-so-carefully crafted to repair the sting of a careless remark, and wedding announcements, and countless other threads of everyday life that tied together families and friends and commercial interests. 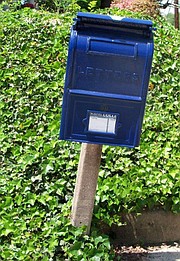 The old mail box on King Street at Highland Place

The corner postbox also helped build neighborhoods. Residents knew by heart the days and hours framed on its front. They would meet from down the street and around the corner. News would be exchanged. Common problems and complaints would be aired, and solutions proposed. Small children were declared “beautiful,” while older ones squirmed, embarrassed by the fuss over how quickly they were growing up. Little things that wove lives together created community. Time has eroded the usefulness of the smallish box standing alone on the street corner. These days it has been overtaken by electronic messaging, “puffy” envelopes and oversized catalogs and parcels. The human aspect is diluted, lost when something of the writer touching the paper was replaced by the barren button marked “send.”

Still, this box stands ready to serve. A pre-formed concrete post is etched with the date “1945.” A different year, “1936,” appears on the box itself. This is not unusual, according to Postmaster Mario A. DiPatrizio, because boxes “over the years have been moved to different locations to better suit the customers of Alexandria.” The box is radiant in its bright blue coat applied in 1971. Undressed, layer by layer, the official colors of the post office over decades are revealed: Red-white-and-blue from 1955 then the original undercoat of surplus olive-drab paint provided by the U. S. Army after World War I. Technically a collection box of “Owens design,” the name comes from David C. Owens, postmaster-inventor from Milwaukee, Wisc. in the years 1906-1914. With a few hints, the site of the factory and the name of the manufacturer can be decrypted. The main clue is a beaver’s representation on the side of the box. It tells of production by the Danville Stove and Manufacturing Company of Danville, Pa. Established in 1882, the company produced cast iron boxes for the Post Office Department until the 1940s. Shortly after creation, Thomas Beaver became the major shareholder. The firm’s motto became “Beaver’s the best” and a profile of the little creature was added to the product line, including thousands upon thousands of long gone mailboxes.

All this information leads to one conclusion: The box has served Rosemont and Taylor Run neighborhoods for more than 70 years. One day years ahead, accident or age will end the box’s service life. Too much time or effort to fix. No spare parts. Insufficient number of customers. A work order from the postmaster’s hand stamped “remove.” Then it is all over. Within minutes of arrival, a pair of workers will tear post and box from the ground and transfer it, with loud clang, to the bed of their truck. Nothing lies ahead but meltdown in a foundry or burial in a landfill. Nevermore children excitedly reaching the handle on their own for the first time. No more grown-ups hesitating to let go the letter containing their love, their sadness, their other heartfelt feelings. But until that day, the box at the corner of King Street and Highland Place stands vigil, at the ready to bring people together in its own special way. Without a doubt, it has earned the right to lean a bit.