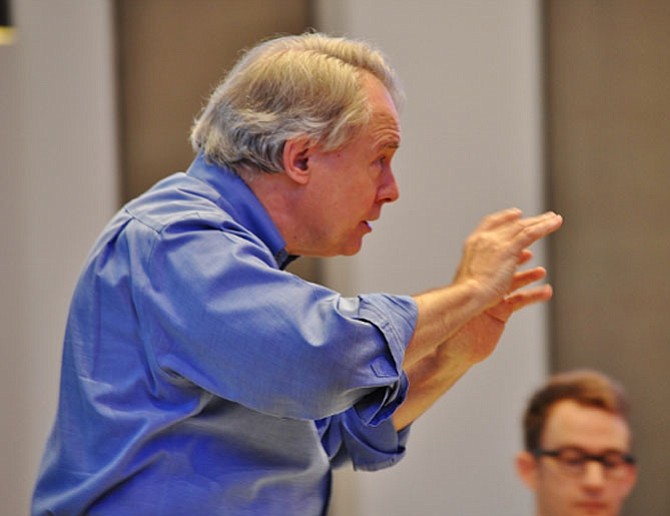 Dr. Reilly Lewis passed away from a sudden cardiac arrest in his home in Arlington on June 9.

I write that and I can hardly believe the words. Dr. Lewis was a very good friend of our family. We spent many times sitting in his kitchen, my husband sang in several of his choirs, our kids visited with him, and my daughter would sit with him at the beautiful grant piano he kept in his home.

We moved back to New York City last year, but spending time with Reilly Lewis was something we profoundly missed. Reilly was the music director at the United Clarendon Methodist Church and my husband sang in the choir there on Sundays. I remember bringing my stepson, Thomas, to church to hear “daddy” sing, but another highlight was getting to sit down after the service and watch “Mr. Reilly” play the organ. He would marvel at how “Mr. Reilly’s” fingers would magically move around the instrument and make it “sing.” 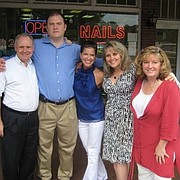 My husband performed with him for almost a decade and our kids grew up watching countless rehearsals and performances conducted by him. Dr. Lewis was a pivotal figure on the music scene in Washington, D. C. and performed as the artistic director for the Cathedral Choral Society and the Washington Bach Consort. Dr. Lewis employed a very positive conducting style with his choirs, and frequently used his master of the score to give constant cues and directions with this movements and expressions. His musicians marveled at his ability to be everywhere at once during a performance.

He also nurtured several singers along the way. Singer Kathy Watson recalled the first time she met him: “I met Reilly on a Saturday Cathedral Choral Society audition about a month after I moved to Washington, D.C. Looking for a place to sing and meet other singers he enthusiastically took my audition and then immediately put his arm around me and said ‘Kathy, have you ever done any professional church choir work?’ Let's just say five hours later I had met everyone at Clarendon United Methodist Church, and in only the way Reilly can be, he had managed to convince everyone to hire me — the first soloist to ever be hired to work at CUMC as a member of the choir.”

Laura Lewis (no relation), another singer in the Arlington community, reflected on her time with him: “He was so supportive and even as busy as he was, he always tried to make at least a part of most of my performances as I know he did with others. He gave me my first singing break in Washington and taught me so much about music. He was always so excited to introduce me as a ‘Lewis’ but not related. He was a mentor, friend, supporter and I will miss him.”

The real focus of Reilly’s professional life was JS Bach. He analyzed Bach’s music ceaselessly, and connected to it on a spiritual and emotional level that gave him the ability to uncover the composer’s intentions.

His performance of Bach, while always filled with astonishing virtuosity, were deeply nuanced and personal, but never indulgent. His respect for Bach was legendary, and his signature move at the end of a performance of Bach’s work was to hold the score up high with his two hands, as if he were offering it to heaven. Reilly also frequently cried in or during performances.

Even as his fame grew, he steadfastly defined himself as a church organist. He seemed to relish the small politics within his church, Clarendon United Methodist, and knew each member individually.

Kathy Watson moved to Tampa, Fla., a few years ago, but would frequently travel to Virginia for business. The people she stayed with were Reilly and wife Beth Lewis. “I moved away and we stayed in touch. I started my own company and moved really far away and then I practically moved in with Beth and Reilly.”

“For two years I commuted to D.C. weekly from Tampa and they gave me a key to the house and I would meet them daily in the morning for coffee, the news, maybe some political banter. In the evenings I would cook or Bethy would cook and we would drink wine and when Reilly would blow in the door sometimes we would watch a Turner Classic Movie, sometimes chat and sometimes we would all go to sleep. On many nights I would wake up to the sound of Reilly practicing downstairs … those were some of my favorite moments.”

Another singer in the Washington, D. C. community, Nicolas Peterson, from Bowie, Md., posted on his Facebook page the following quote when he learned about Lewis’ passing:

Dr. Reilly Lewis is survived by his wife Beth, daughter Lauren, and grandson. Funeral services will be Thursday, 10:30 a.m., at the National Cathedral. In lieu of flowers, please make a donation to Dr. Reilly Lewis’ beloved Washington Bach Consort, http://www.bachconsort.org/.