Plans to renovate McLean Community Center back on track. 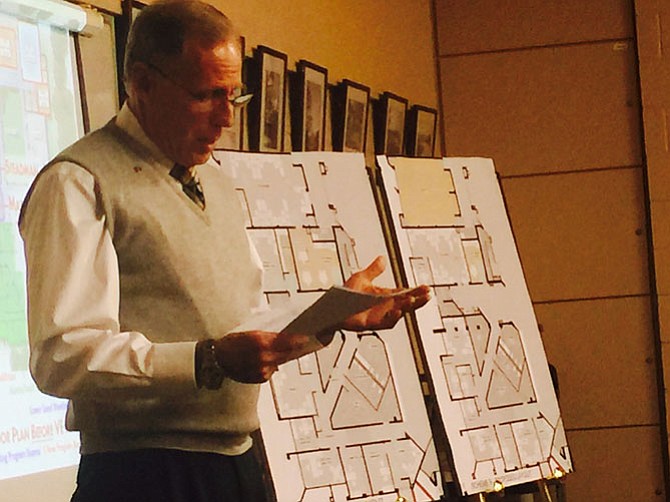 Following intervention from the county attorney, everybody on the Capital Facilities Committee and the McLean Community Center Governing Board got to vote.

And, as a group, a group that has worked for well more than a year on the community center’s 2017 renovation, they saved Maffitt Hall.

“We’re getting every nickel and dime out of the $8 million. I just can’t wait,” said the community center’s executive director George Sachs. “We’re really getting the maximum that we can for this site. That’s what we wanted to do and we’ve accomplished that.

3/4 - On March 4, executive director George Sachs will present the McLean Community Center’s Lines of Business report to the county Board of Supervisors.

“We’re getting every nickel and dime out of the $8 million. I just can’t wait.”

“Walking into the front lobby, it’s going to be a more active looking place. You’re going to see the activity right there,” he said. “You’re not going to have to ask which hallway you have to go down, what room is this in?”

The $8 million renovation is going to be “dynamic,” said Dennis Findley, chair of the community center’s capital facilities committee.

This last month, the committee worked to address the need for better office and working space for staff while delivering as much program and meeting space as possible.

TWO PLANS this last month had been discussed, debated and politicked for the upcoming revitalization of the McLean Community Center.

Sachs made a last pitch to save Maffitt on Tuesday, Feb. 23.

“I am asking Capital Facilities Committee members to acknowledge my role as executive director of the McLean Community Center and my knowledge of our staff space needs,” said Sachs.

“Yes, the roomier staff space option is an attractive option. However, by getting better work space than we currently have and, at the same time being able to allow for one more community meeting/multi-use space, is a win-win,” he said.

Following guidance from the County Attorney on possible conflict of interest, or lack thereof, each member of the Capital Facilities Committee was permitted to vote and the committee approved the plan to save Maffitt by a 5-1 vote. The Full Governing Board approved the vote by a 6-1 margin, the next night, Wednesday, Feb. 24.

“I would first like to dispel any notion that incorporating the Maffitt room into the administrative area would take away meeting room and multi-use space,” said Sachs. “The two proposed administrative areas designs both keep that perspective.” 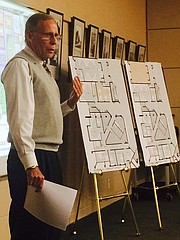 George Sachs, executive director of the McLean Community Center: “We’re really getting the maximum that we can for this site. That’s what we wanted to do and we’ve accomplished that.”

CONSTRUCTION is tentatively scheduled to begin around March 2017. The grand opening of the entire center is scheduled for the Fall of 2018, said Sachs.

The center administration will look for space in the surrounding community to hold some events and programs while the center is being renovated.

“We have a huge task in front of us,” said Debbie Sanders, of the program committee.

Sachs said the county’s Facilities Management Division say eight buildings are available for lease in the 22101 zip code with buildings sizes ranging up to 34,850 square feet; rental rates range from $19 to $46 per square feet and “potential lease cost figuring the average would be $25,833 per month to $310,000 per year,” said Sachs. “Considering this information, I think we need to look for space outside of commercial lease space such as space available in local churches, schools, parks or meeting halls like American Legion,” he told the Governing Board on Feb. 24.

Sachs said the communications committee will continue to alert all community groups and residents how they will be affected during renovations.

UPCOMING EVENTS at the community center:

The Meet the Candidates reception is scheduled for Sunday, May 1, from 2-4 p.m.

McLean Day is scheduled for May 16.

And fireworks, as planned, will be launched from Cooper Middle School this year, while spectators will watch from Churchill Elementary School.

The Governing Board will invite interested residents in March to give input on class offerings, community events, theater programs, exhibits, tours, youth events and teen activities during the renovation period.