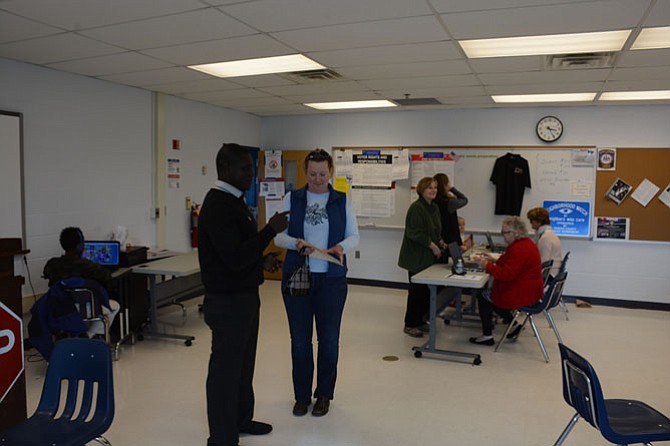 Election Officer Evans Appinh (left) of Mount Vernon verifies Jennifer Morris (right) of Mount Vernon has the correct ballot and then directs her to use a booth designated for that political party affiliation. Photo by Tim Peterson.

Katie Hugo, right, daughter of Del. Tim Hugo (R-40), left, turned 18 at the beginning of February and insisted she cast her first official vote with dad, who she said is the reason she’s involved and interested in politics.

Voters Discuss What Matters to Them

Who did you vote for and what are some of the most important issues to you in this election? 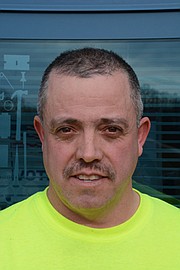 Margarito Castro of Mount Vernon “Hillary Clinton. I like her speeches, and she’s trying to push the economy up, promoting small business. Immigration is also an important issue for me.” 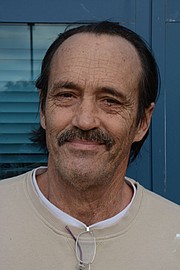 Richard Ellis of Mount Vernon “John Kasich. It’s the only one who’s said anything that I like. He’s done well in Ohio, I’ve liked him for a long time. About the business-owners not serving certain types of people, he said something that stuck with me, that it’s a place of business, you serve them, that’s the law. I feel like I’m throwing away my vote, but you got to vote what you believe in. Women’s issues and human rights issues are most important to me." 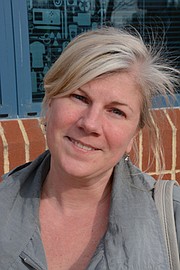 Stacey Kaufman of Mount Vernon “I think that we need to see a candidate for President who can lead this country with foreign affairs in this heated climate.”

Katie Hugo, daughter of Del. Tim Hugo (R-4?), turned 18 at the beginning of February and insisted she cast her first official vote with dad, who she said is the reason she’s involved and interested in politics.

The two of them arrived at the Clifton precinct polling station around 7 a.m. on Super Tuesday.

“It’s important that everyone has the chance to have a say in how government is involved in their life,” Katie Hugo said, “how much it’s involved.”

Tim and Katie Hugo both said they voted for Republican candidate Marco Rubio.

“Abortion was a very big issue for me,” Katie said, “eliminating abortion. I believe everyone has a right to life.”

Hugo has chaired Rubio’s Virginia campaign, and said he’s encouraged by the increased Republican turnout in other states’ primaries. “With all the excitement, the different candidates’ visits to Virginia, I’m expecting a bigger turnout,” he said.

Numbers at the Fairfax County level were consistent with the rest of the Commonwealth, as Clinton’s 84,855 votes (63.15 percent) handily defeated Sanders’ 48,798 (36.32 percent). Former Maryland Gov. Martin O’Malley was still on the ballot as they were printed before he exited the race — he received 713 votes (.53 percent).

Bill Patterson of Springfield, assistant chief election officer at the West Springfield High School polling precinct, said 771 ballots had been cast as of about noon. “We didn’t know what to expect, but it’s been steady with little lines,” Patterson said. “But 16 people were in line when we opened at 6.”

No school also meant students had the opportunity to participate in the major political event in other ways. For members of the West Springfield High School Junior class, that included setting up a large bake sale in front of the school to raise money for expenses when they become seniors.

Junior Michael Montoya is 17 now but will be 18 and eligible to vote in the November election.

“The economy is more important to me than ethical issues,” Montoya said. “If I had to choose, it would be between Rubio and Sanders. I prefer Rubio to other Republicans because he’s not as strict on immigration policy. Bernie is focused on climate change, which is something we need to address in the United States right now. But I bounce back and forth, I can’t affiliate with one party, and I don’t think that’s a horrible thing.”

South County High School senior Megan Clark is 18 already, and used part of her day off to vote at Silverbrook Elementary School.

“People make fun of younger people for not voting,” she said. “It felt important to represent the young population.”

Chief Election Officer at West Potomac High School Doris McBryde of Mount Vernon observed many parents bringing their children with them to the polls.

“They’re seeing their parents voting,” McBryde said, “and seeing the importance of it.”

Former Board of Supervisors Chairman and current member of the Fairfax County electoral board Kate Hanley said 21 precincts tried the iPads Tuesday, with the hope of getting them in each precinct by the fall. And though the speedier technology should help keep waiting lines to a minimum, Hanley stressed there’s no replacement for a warm-blooded election officer.

“This is a big year,” Hanley said, referencing the November decision as the ‘Super Bowl’ of elections. “We always need election officers. Voting is really the bedrock of American democracy. Facilitating it is an important part of civic duties.”

For more information about working at a polling site, visit www.fairfaxcounty.gov/elections/working.htm.