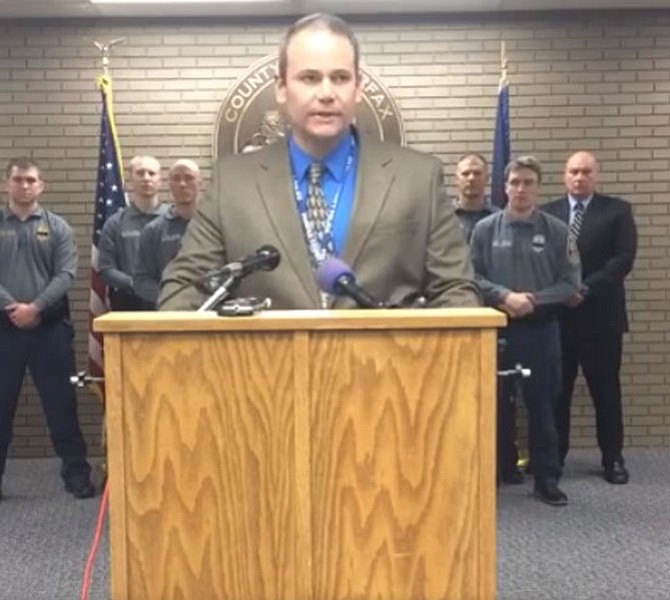 Captain David M. Smith, commander of the Fairfax County Police Department Major Crimes Division, said community involvement played a key role in locating the suspect, with members of the public identifying him as part of a group known to loiter in a specific area. Photo courtesy of Fairfax County Police 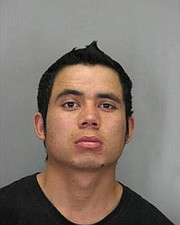 Community members in Mount Vernon saw something and said something, working with patrol officers and detectives from the Fairfax County Police Department.

At a Feb. 29 press conference held in Police headquarters in Massey Building in Fairfax, Roessler was proud that Martinez had been apprehended just days following the initial report of crimes committed.

“In this case from the start,” Roessler said, “we had zero information as to who this suspect was.

“We partnered as we always have,” Roessler continued, “to determine who the suspect was in this case.” Police, he said, used “engagement with the community to develop the intelligence needed to take a dangerous suspect off the street.”

Smith said Mount Vernon Neighborhood Patrol Unit officers were alerted by concerned citizens about individuals who were known to loiter in a specific area.

That was “based on the description,” of the suspect, Smith said, “before the composite sketch was done.”

Officers were following up on the lead around Lockheed Boulevard and Richmond Highway at roughly around 11 p.m. on Feb. 26 when they saw and approached a vehicle they determined to be suspicious. Martinez was inside.

“Their effort,” Smith said in a release, about the officers, “combined with the power of social media to keep residents informed, brought this case to a successful close. This kind of dedication, diligence and effort is what our community deserves.”

Martinez has been charged in connection with a Feb. 20 incident of a man breaking into a 51-year-old woman’s house in the 8400 block of Blankenship Street, raping her and fleeing.

The woman was taken to the hospital to be treated for non-life-threatening injuries.