Great Falls: Historical Allure, or Relic of the Past?
Votes

Great Falls: Historical Allure, or Relic of the Past?

30 days for commitment to take control of the Grange for community use. 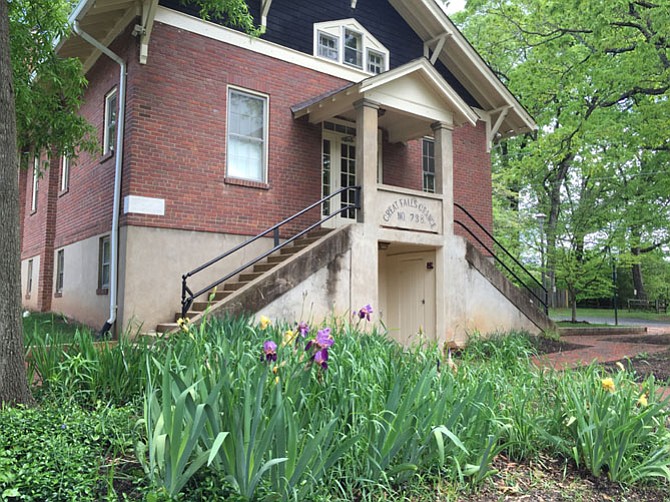 The Grange can become the centerpiece of the Great Falls community once again, as farmers envisioned when they built the Grange for the community in 1929. Photo by Ken Moore.

The legacy of past farmers of Great Falls awaits. And have awaited.

Last Thursday, May 5, members of a number of Great Falls organizations and community groups met, once again, to determine interest in a commitment to the Great Falls Grange as the centerpiece of the community, as founding Great Falls farmers envisioned almost a century ago.

The group pledged Thursday to reconvene in one month to determine whether community groups in Great Falls want to form a nonprofit to take over operations of the Grange.

“We have to figure out our goal as a community, figure out what we can do best for the community,” said Jorge Adeler.

“Once we know who will be involved, we will form a board and create a memorandum of understanding. We need to find out how often groups will want to use it,” said Eric Knudsen, president of the Great Falls Citizens Association.

Currently, the Fairfax County Park Authority operates the Grange and coordinates community use, but is willing to hand the keys over if a consortium of community groups is ready to assume responsibility.

ADELER HAS CORRALLED interest in making the Grange the centerpiece of community as farmers envisioned when they built the Grange in 1929.

He and a number of the same representatives met a few years ago and pitched their vision of making the Grange and the Old Schoolhouse a campus for the community to use.

“A really impressive group of community organizations got together and signed a letter to me basically asking for more access to these facilities,” Dranesville Supervisor John W. Foust said.

“The proposal was that I would get the Grange made ADA accessible and they would come forward with a proposal that community groups would take responsibility for these two buildings.”

“And eventually if the community groups come together the way I think they might and the way it was initially proposed, I see something more grand here with the Grange and the Schoolhouse as a community facility,” he said.

Fourteen months ago, on March 7, 2015, about 75 members of the community gathered to celebrate the renovations to the 1929 building and grounds that now make it accessible to all of Great Falls.

The potential of using the Grange is extraordinary, said Adeler. The possible activities for community use, for youth, senior citizens, adults, artists, musicians, non-profits and the entire community are “endless.”

“The answers have to come from all of us,” said Adeler. “Decide if you want to join or not,” he said, Thursday.

A smaller number has worked the past half year to determine that an exploratory board and creating a 501(c)(3) are necessary next steps. They believe the groups will have to raise $120,000 per year through wedding and event rentals to make the project successful.

Some potential members voiced hesitation Thursday, calling it a “hard sell” when the group hasn’t hammered out exact details of the project, including financial obligations, liability, insurance issues, and hours of commitment necessary. Some groups question whether it will be in their best interest when the county has already offered them use of the building at decent costs.

“We do have a choice, nothing or everything.”

“We do have a choice, nothing or everything,” he said.

“I’ve been here long enough that I used to hear choirs there with my daughters,” said Knudsen. “I’m committed to this.”