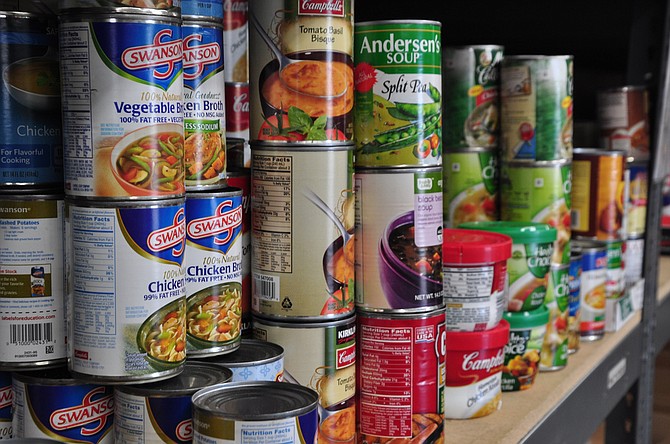 Reston-based company StandUnited is petitioning the Fairfax County Police Department to allow people to pay their parking tickets with canned food donations for one week during the holidays.

Reston — Reston-based company StandUnited is petitioning the Fairfax County Police Department to allow people to pay their parking tickets with canned food donations for one week during the holidays.

So far, the petition has 11 supporters who have signed out its goal of 1,000 supporters.

If the county agrees, StandUnited’s parent company will match all donations up to $5,000 in canned food.

We propose that you designate a week or more during the holiday season when a person can waive one parking ticket fee by donating 10 cans of food at a police station. StandUnited’s parent company, Intermarkets, will match all donations up to $5,000.”

StandUnited is an online petition platform that has a right-of-center audience, according to Angela Morabito, spokesperson for the company. “We share values of limited government, personal freedom, strong military and trying to build a stronger country,” she says.

“A ton of our staff lives locally, so we’re doing this in a truly grassroots style,” Morabito says. “it’s really a word of mouth thing and social media.”

Morabito says the company will be sending the petition and signatures to the FCPD shortly after the Thanksgiving holiday. StandUnited is leaving the decision up to the county on where the canned donations would go if it agrees to the proposition.

“That’s [a decision] that would be made at the chief’s office level,” says Tawny Wright, a spokesperson for the FCPD. However, she said the FCPD is only responsible for writing the tickets.

“We don’t collect the fines or decide how they’re going to be closed when it goes to court,” she says. “If you get a parking ticket, you have a right to contest it in court.”

Parking tickets in the county are paid to the Fairfax County Department of Tax Administration, which did not respond to The Connection’s inquiries in time for publication.