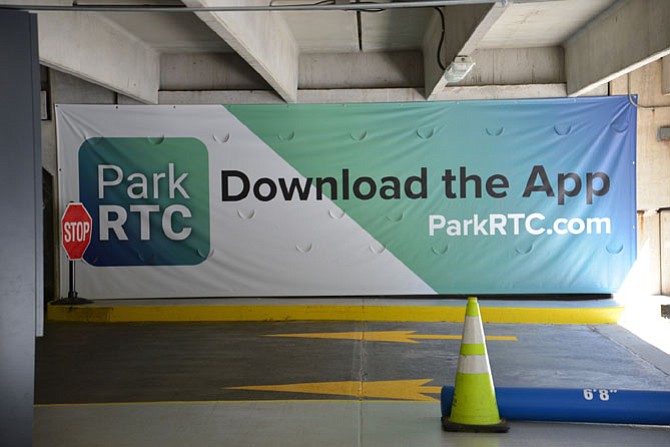 The slogan “Live, Work, Play” has long been associated with Reston, a community that takes well-deserved pride in offering a multitude of options for all three of those activities, but with Reston Town Center (RTC) gearing up to launch a pay-to-park system for the first time since opening its streets in 1990, some Restonians, and even some of their neighbors, have put a spin on the motto. “Now I think it’s more like ‘Live, Work and Pay. What is happening to Bob Simon’s beautiful dream of Reston?” asks Albert H. who lives in Oakton, but works in RTC. 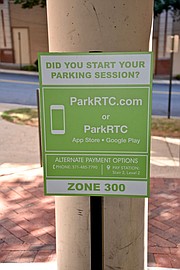 To keep the record straight, Reston Town Center is actually a separate entity from the community that the late Robert E. Simon, the founder of Reston, brought to life in the 1960s. The RTC is owned and managed by Boston Properties, who have engaged Fallston Group, LLC, an executive advisory firm headquartered in Baltimore, to handle their communications on the contentious subject of paying to park in RTC.

Fallston Group founder and chief Executive Rob Weinhold had pointed to an increase in commuters using the town center’s garages before taking buses to the Wiehle-Reston Metro Station, as necessitating the change. In more recent statements and in an email for the Connection Newspapers, Kathy Walsh, Director of Marketing for Fallston Group added that commuter usage of the garages was only one factor for the pay-to-park plan, citing increased general usage and acknowledging that “paid parking and a mobile safety communications model was part of the original master plan at RTC.”

That may be, but many locals insist that they only recently heard about the plan, and quite a few are angry that, in their eyes, there has been little public opinion solicited. Suzanne Zurn, a Reston resident for 10 years, became aware of the plan in March, and felt so strongly about what she perceives to be a lack of communication or interest in public opinion by Boston Properties that she started a petition on the website Change.org to inform other RTC visitors and to oppose the change.

Boston Properties held one open community meeting in March, and Zurn attended, with the 5,000 signatures her petition had garnered by that time. “The meeting had to be moved to the Hyatt in Reston because public interest and anticipated attendance was so high,” said Zurn. She also said that the Boston Properties representatives promised additional meetings, “but that never happened.”

Fallston Group’s Walsh said she had not attended the meeting and thus could not comment on any promised additional public events, but did report that Boston Properties have held “numerous meetings with hundreds of people, primarily retail and office tenants.” She says that the development owners “are listening” and that several policies were included to address issues brought up during those meetings, like free parking on weekends, signature event days and holidays, as well as an arrangement for free parking for RTC retail employees.

Free parking for some employees is certainly welcome, but doesn’t help temp employees who could be looking at $10 or more per day to pay for their parking, or other RTC workers whose employers can’t or won’t be up their new parking tab.

IN THE LAST FEW WEEKS, no one who has parked, or for that matter, walked its streets, could have failed to notice the information boards posted around the “urburb” (“urban suburb”) that is Reston Town Center, or the miles of electrical piping, cameras and green and red parking guidance lights that now decorate every floor of every garage there. Boston Properties describes the system as “truly state-of-the-art,” but requests as to the cost of the system have not been answered.

The system is designed to indicate where parking is available. Boston Properties says that a Facebook survey in 2015, and discussions with center tenants highlighted difficulty in finding a space without cruising several floors or multiple garages. Walsh says this feedback prompted the developers to add a “Find Your Car” feature to the system. Users can go to the Pay Station and input their vehicle information and a snapshot of the car taken when parked will appear – something that definitely worries Zurn, and many of the over 7,000 who have signed the petition to date.

On a Facebook site set up to “Keep Parking Free at Reston Town Center,” Laurie Dodd commented “Didn’t anyone realize that this machine is a stalker’s dream…to hunt down prey? They will know where women parked…and if she exited her vehicle alone.” Many of the comments expressed similar concern, since anyone can type in a licence plate number and see the parking snapshot.

But Walsh insists that the system is actually an added safety factor, saying that customers won’t have to spend time looking for their cars late at night in a garage. She referenced the fact that the “Park Assist Park Finder” technology has been used in more than 50 sites globally without incident. “Wow. 50 sites. Around the world. There’s a definitive study for you,” scoffed parking garage user Audra Arles. Arles and others were even more sceptical when they learned that the system was not live-monitored. “How can this be called a safety feature if no one is watching to help you in case of emergency? I could almost support this if it was like the CCTV systems so many European cities use. And then the information is deleted after the car exits, like with the carjacker driving!”

Walsh counters that installing the ParkRTC app, available for free from Apple or Google Play stores, gives the user access to another new app that RTC is implementing, called LiveSafeRTC, that will allow users to report problems and suspicious activity, to call for emergency assistance, and even to request an escort to their vehicle. 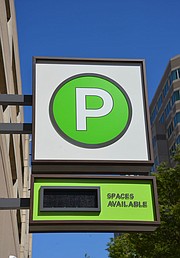 LIKE IT OR NOT, seems like pay-to-park is coming, so potential users had best be prepared. The RTC website, www.restontowncenter.com has several pages and links dedicated to explaining the system, with FAQ’s covering the logistics, as well as the stated benefits. Parkers have a few options:

“I really think that charging for parking will ultimately have a negative effect on the businesses in Town Center,” is petition-founder Zurn’s opinion. She worries that families like hers will stop dropping by for a little fun time and some window shopping, and a snack. Some of the businesses have already said they will give some form of parking validation a try via the parking app and onsite Bluetooth beacons. Bowtie Cinemas, Crunch Fitness, Jackson’s, CVS and restaurant/wine bar Barcelona are participating in the validation plan. Other retailers may yet, but a canvas of many of the other retail and restaurant tenants only resulted in the instruction to “contact our corporate office.”

“I don’t know,” said Zurn. “I am not against any company making a profit, but I think there are other compromise solutions here, and I think the communication is really frustrating.” Zurn says she will continue to advocate to keep Reston parking free.

Ready or not, it’s time to pay to play at Reston Town Center.