The odds are not good for Audrey Clement.

In November, Clement is the sole opposition to Libby Garvey, the incumbent County Board chair. In June, Garvey overcame an attempted coup in the Democratic Party earlier this year when several established Arlington Democrats, including fellow County Board Member Jay Fisette, vocally and financially supported her opponent Erik Gutshall. Garvey kept her hold on the Democratic nomination, however, with 8,366 votes against Gutshall’s 6,882 votes.

Clement is a regular at nearly every County Board event or Arlington civic engagement. 2016 will be Clement’s seventh time running for office in Arlington and sixth time running for County Board. It will be Clement’s second time challenging Garvey for her seat at the County Board. In the first election in 2012, Garvey won with 59,619 votes. Republican challenger Matthew Wavro came in second with 25,232 votes, and Clement finished third with 12,769 votes. 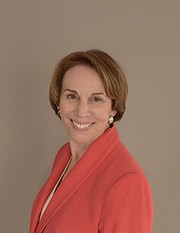 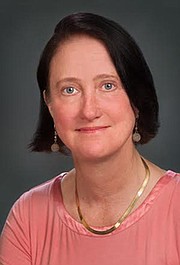 Without a Republican opponent, Clement stands a slightly better chance. In 2013, Clement ran against Fisette. Fisette won with 38,213 votes while Clement, the only other name on the ballot, came away with 17,916 votes.

“Arlington is clearly a unique community in which an independent can succeed; however, Ms. Clement has gained a reputation as a serial candidate, as ... distinguished from an independent candidate like John Vihstadt, who … did win,” said Frank Shafroth, director of the Center for State and Local Government Leadership at George Mason University, in an email. “Having run six times for County Board either as an independent (as this year) or under the banner of the Green Party, she has exhausted credibility as a serious candidate. Unlike most communities, serious candidates, irrespective of party affiliation, have always been able to have a shot in Arlington, but that is different than candidates who have failed to gain a reputation as serious.”

While some third party candidates make a name for themselves advocating for change regarding a specific issue, Clement says she has a broader range of reforms she’d like to see implemented at a county level.

“I’m interested in good government,” said Clement. “Unlike your typical candidate, who is an issue advocate, I’m a career politician. You don’t lose a professional or career interest in politics just because you lost the election. I believe that one-party government has truly not benefited Arlington County and so it ought to be challenged on its own merit.”

While the County Board does have one independent, John Vihstadt, the other four members of the County Board are Democrats. Clement said she wants to challenge the notion that one party should be in charge of the county. Despite the series of losses, Clement says she isn’t disheartened.

“I think the alternative to not running is worse,” said Clement. “By getting out there on the campaign trail and externalizing a lot of frustration that is otherwise internal, that’s more healthy in the long run. We have to do as aggressive an outreach as we can with the funds at hand. I drop literature and talk to people on the street. When you do reach people, they are generally pretty receptive.”

Clement says she believes many major developments in the county are “rubber stamped” without serious consideration of the long-term impacts of those projects. Clement pointed to Rosslyn Plaza development and the Wilson School Site as two examples of what she sees as poor decision making by the county. At Rosslyn Plaza, Clement says the County Board ignored some of the impacts of higher developments. At the Wilson School Site, Clement says she believes the staff didn’t do enough consideration of buying sites not currently owned by the county.

Garvey played a key role in stopping some of the bigger projects that drew controversy over the last few years. Garvey publicly went against the Columbia Pike streetcar project, and supported Vihstadt, an Independent, against Democrat Alan Howze. Garvey also went against her fellow Democratic County Board members on projects like the Long Bridge Park Aquatic Center, where project costs began to exceed the original financing plans. The Long Bridge Park Aquatic Center project was put on hold after construction bids exceeded the $79.2 million budget. In April, the County Board voted to reduce the size of the facility by 37 percent.

“The county has become more responsible,” said Garvey. “The board has more of a focus on responsible spending. That’s not shying away from big projects, it’s shying away from bad projects. There’s a lot more reasonable looks at what is actually going to work. We backed away from [the Aquatic Center], but then set a reasonable price tag on that and asked staff and citizens to come up with a reasonable project. That’s happening and I think that’s a good thing.”

The streetcar project was ultimately killed in 2014, but Garvey said now the County Board has to put in the work to add some form of practical public transportation along Columbia Pike.

“I think we should run [Bus Rapid Transit] along the Pike and into Crystal City,” said Garvey. “There’s a transitway in Crystal City that runs down into Alexandria. I think we need to look at [transportation] connections we can start to make. The route for the streetcar makes sense, just not the mode.”

On transportation issues, Clement says she mostly agrees with work the County Board has done over the past few years.

“The transportation plan the county put forth is really a good one,” said Clement. “I love our bus. I don’t love the fact that so many people who are not of-color do not patronize it, and I don’t blame the county for that. People are addicted to their cars.”

There is one major change Clement says she would like to see for the transportation plan along Columbia Pike.

“I would support double decker buses,” said Clement. “They’re popular in urban areas with narrow streets and lots and lots of people. That pretty much defines Columbia Pike.”

Garvey said the county needs to look more at broader transit between north and south ends of the county. Garvey says the lack of density in North Arlington has kept the county from extending bus services into that area.

“With Uber and Lyft, even driverless cars arriving someday, the whole transit area is changing quite a bit,” said Garvey. “We need to serve North Arlington as well, somehow.”

But Garvey also noted that the transportation needs for most Arlingtonians don’t end at the county line.

“This is going to require us to work together regionally,” said Garvey. “With the changes to I-66 and I-95, we need to keep an eye out and make sure there aren’t negative impacts to Arlington residents. We need to keep looking at more East-West Bus Rapid Transit options. A lot of these activities require experience, networking, and knowing people. I want to continue on those relationships that I’ve built over time.”