Battle for the Board in Arlington
Votes

Battle for the Board in Arlington

Three way race for the County Board. 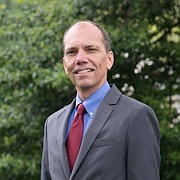 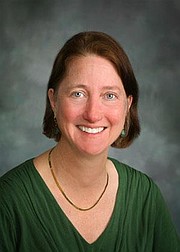 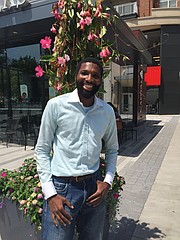 This fall, the longest serving County Board member will resign. In his place, two independents and one Democrat are preparing to fight for the future of the county.

Erik Gutshall won the backing of the Arlington County Democrats in a highly contested caucus. In a county where 75.8 percent of voters supported Hillary Clinton in last year’s election, the Democratic nomination is a strong lead in the County Board election. But it isn’t a guarantee. The last time the Arlington Democrats had a caucus instead of a primary was in 2014 when Alan Howze was chosen as the candidate. Independent John Vihstadt beat Howze in a special election in April and then by 7,411 votes in the general election. Now, Gutshall faces two independent challengers in the November election: frequent candidate Audrey Clement and newcomer Charles McCullough.

The candidates don’t differ vastly on policy issues, all three candidates cite Arlington’s schools as the biggest priority and say the County Board needs to look for new ways to use Arlington’s limited space. But the candidates are set apart by very different backgrounds and experience.

Gutshall is active in Arlington County, serving various roles in the Lyon Park Citizens Association including president, and on the board of directors for nonprofit Doorways for Women and Families. Gutshall also has the most experience working inside Arlington County government, serving on several task forces, boards and commissions including the Transportation Commission and currently as the chair of the Planning Commission. Gutshall also owns a small business in Arlington which, he says, has given him insight over the years into how difficult the county’s taxes and bureaucracy can be.

McCullough’s experience is more limited, dealing primarily with education policy outside of Arlington County. McCullough’s previous work included representing the Australian Embassy in Washington D.C. on education policy issues, working as attorney-advisor for D.C. public schools, working as a paraeducator in Montgomery County Public Schools, and serving on the National Board of Professional Teaching Standards. McCullough says rather than being a weakness, he sees his relative inexperience in Arlington County as a strength.

“I think voters are more excited to see experience in other communities,” said McCullough. “It’s about not just seeing things from the Arlington bubble. Experience here loads you down with preconceived notions.”

McCullough’s experience with Arlington government started with the South Arlington Working Group, a group formed to assist the School Board in the selection of a location for a new elementary school. McCullough said there he saw first hand how inefficient the county’s processes could be. The South Arlington Working Group had supported the School Board’s selection of land near Thomas Jefferson Middle School as the site of the next elementary school, but when the decision reached the County Board it was rejected for reconsideration until ultimately being approved a year later.

“There was an unfortunate feeling that the process was not inclusive enough, so we spent a whole year going in a circle and coming right back to the same decision,” said McCullough. “That year drove up the costs for Thomas Jefferson. We need to make meaningful decisions … We get into paralysis. We question decisions once they’ve been made.”

Clement’s primary experience in Arlington is through her campaigns. Clement has run for County Board six times, then once for School Board. Since 2011, she has been on a ballot every November, and she shows no signs of stopping.

“I enjoy campaigning,” Clement said. “I enjoy critiquing what County Board is doing.”

For Clement, there’s plenty to critique. Clement is a frequent speaker at County Board and civic meetings, speaking out about a number of issues related to what she sees as a concerningly rapid pace of development. Clement says she’s not opposed to development, but that she doesn’t think the county has leveraged enough in assets

But will it be enough to convince the heavily Democratic Arlington to go against the party’s nominee? Gutshall says he’s going into November confident.

“In Vihstadt’s race there were a lot of things that came together, a confluence of a whole host of factors that made that race different,” said Gutshall. “I don’t think any of those apply here. I’m a really strong candidate. I have the right understanding of the issues.”

Gutshall noted that Vihstadt was a particularly strong candidate with decades of experience working in the community and building a strong base of support. The main issues of the Vihstadt election, Gutshall said, were the Columbia Pike streetcar and a sense of complacency.

“The elephant in the room was the streetcar,” said Gutshall. “In many ways, that race ended up ultimately being a referendum on the streetcar. That kind of issue isn’t here. The one issue on most voters’ minds is schools. I feel very confident in that what I’ve advocated for last two and a half years, a long-term plan for schools and all community facilities, is what people want. It’s not divisive the way streetcar was.”

But the County Board is still heavily Democratic, with Democrats occupying four of the five seats on the board. Both independents hope to establish themselves as alternatives to the Democratic status quo.

“This is truly solid Democrat constituency,” said Clement. “But Democrats here are complacent. They don’t see a need to change fiscal policy.”

“I hope what people see is that I’m addressing things in a different way than what came about from the Democratic caucus,” said McCullough. “I’m purposefully reaching outside of party. Even a lot of Democrats have said it’s good to have other voices. There’s a very narrow path [in Arlington] to express opinions. I want to be able to offer fresh ideas. I don’t have a party behind me.”

Gutshall sees the County Board makeup differently, saying that despite the fact that the board is mostly Democrats, there is still a broad range of opinions and experience.

“Truth be told, there was an all Democratic board with not a lot of differing views,” Gutshall said. “There were good things that came out of that for long-term planning and strong support for progressive ideals. But there were downsides. Vihstadt tapped into the fact that there was too much group think and not enough diversity. Now, County Board member Libby Garvey will be the only one in her second term. This will be an all new board.”

The general election will be held on Nov. 7. In addition to County Board candidates, Arlingtonians will vote for governor, lieutenant governor, attorney general, four state delegate elections, and for school board.