Mount Vernon: Back to the Future
Votes

Mount Vernon: Back to the Future 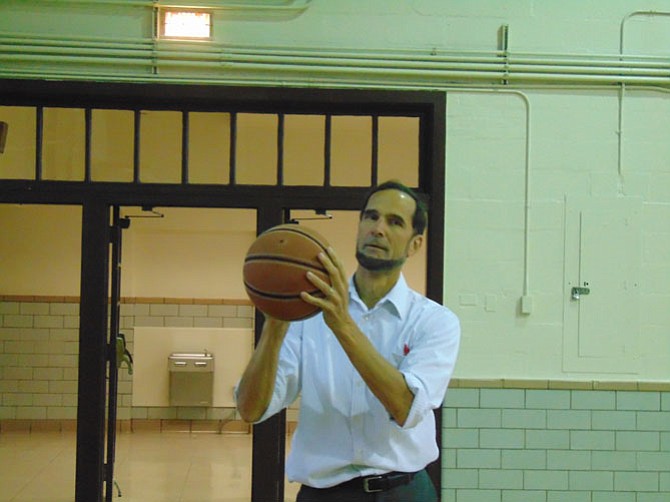 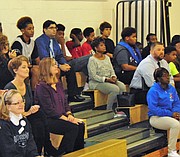 Plans are underway to resurface the gym floor and make other improvements. The first day of its opening is Oct. 11.

As part of the long-term strategy to re-use and revitalize the original high school, the next step will be to open an early child education center. Long-term, the revitalization goal is to develop the school into a multi use community center with both public and private uses.

At Saturday’s dedication of the gym, Mount Vernon Supervisor Dan Storck pledged his commitment to work with the community and county to get the most out of the redevelopment of the school and realize the long-term goals of his predecessor, retired Supervisor Gerry Hyland.

Hyland, present for the dedication, expressed his satisfaction that the school will finally be converted to a variety of local public uses.

Mount Vernon Planning Commissioner Earl Flanagan was also present. Through his efforts many years ago, along with community leader Lois Passman and Ruth Lambert, former president of Mount Zephyr Civic Association, they were successful in the 1980s to keep the school in county control. There were those in the community who wanted to sell the building and land, but they were not successful. From 1985 to 2016, the Islamic Saudi Academy leased the school. The conclusion of their lease of the school this year meant that the Mount Vernon and Lee communities would finally realize the projected multiple uses envisioned by former and current community and political leaders.

The opening of the Teen Center and the near future opening of the early child education center is the first step in the long-term redevelopment of the property. Also present at the dedication was Mount Vernon School Board member Karen Corbett Sanders who served as the recent Re-utilization Task Force chair that prepared a report which described the possible uses and reinforced past support that it be retained as a community center. She promised to work with the community to realize the variety of community, education, and other uses for the buildings and grounds — on over 40 acres of property.

Also present at the dedication were Heather Dietz, Fairfax County project manager for the redevelopment of the school, and Palace Washington, director of the Teen Center.

The Re-utilization Task Force Report is available for public review through Storck's office and Heather Dietz' office in the county, and online through their respective offices.