McLean, Vienna: Marshall High to Present ‘The Sea Cook: A Story for Girls’ 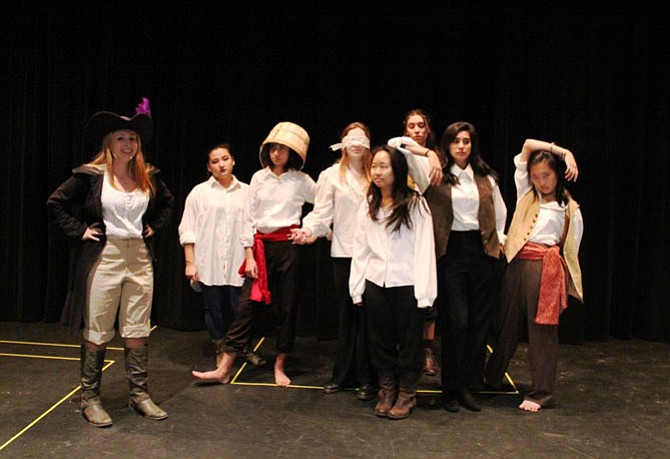 What happens when you put together a female cast of pirates, an innovative set design, and the creative writing of a talented former student? You get “The Sea Cook: A Story for Girls,” a feminist revision of the classic story “Treasure Island” by Robert Louis Stevenson. 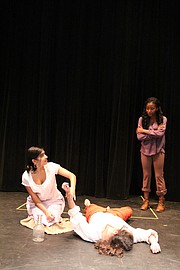 “The Sea Cook: A Story for Girls” is the brainchild of Marshall alumna Liz Carlson (’15) and Marshall Theater Director Jason Tamborini. They collaborated on the script and customized the story for Marshall High School’s talented pool of actors and theater technicians.

“We wanted this production of ‘Treasure Island’ to be a story where fierce and fiery girls are the main event,” said Carlson. “After all, history tells us that there were all female bands of pirates who were often some of the boldest and baddest out there.”

Aside from the nearly all-female cast who will pull no punches nor sheath no swords in their depiction of fierce sea dogs, the production promises to be memorable for its creative set, which features 150,000 translucent white plastic balls repurposed from “The Beach” art exhibit that appeared at The National Building Museum in Washington, D.C. The theater’s technical crew will use the balls to create a 2,000 cubic square foot “ocean” in front of the Marshall auditorium stage into which pirates will leap, jump, and of course, walk the plank. To do this, they will remove several rows of seats, build a retaining wall to hold the balls, and install lighting that will illuminate the balls from beneath to create the illusion of blue and green undulating waves.

“The goal is to create a show that the audience will see as the scene for any adventure they could imagine,” said Tamborini, “We welcome children of all ages to tap into their inner pirate and experience the Statesmen Theatre’s unique, swashbuckling adaptation of a timeless favorite.”