Herndon: A Dreamy Tale of Love and Loss
Votes

Herndon: A Dreamy Tale of Love and Loss 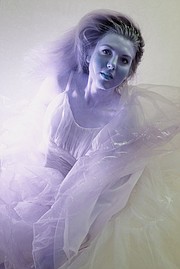 Emily Kester as Eurydice in the NextStop production of “Eurydice.” 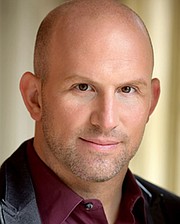 The Greek myth of Orpheus and Eurydice has fascinated audiences for centuries. But NextStop Theatre is producing a modern retelling told from the perspective of Eurydice. That gives it a different outlook. The play titled “Eurydice” is written by Sarah Ruhl. She is a Pulitzer Prize finalist, and a recipient of the Steinberg Distinguished Playwright Award that includes one of the largest cash awards of its kind in American Theater.

Ruhl is noted for distinctive plays that take the familiar and reassemble it into something fresh. For “Eurydice,” Ruhl took the legendary tale of Orpheus’ journey into the Underworld seeking his wife Eurydice, to refocus the journey with Eurydice’s point of view.

According to director Jay D. Brooks, audiences can expect plenty of surprises in the NextStop production. It will be a dreamy, surreal tale of love and loss. In Ruhl’s “Eurydice” there is also something not in the original myth; a very key father-daughter bond that adds many new levels of emotional attachments as Eurydice, her father and Orpheus make their ways through many a poetic scene.

Brooks called “’Eurydice’ a modern retelling about fathers and daughters. It is about a father and daughter who want just one more opportunity to share time together with one more chance to speak to one another. It’s about the heart and the challenges faced dealing with love and loss.”

NextStop’s “Eurydice” will also be abundantly comic as well. There are characters such as the "Nasty Interesting Man" and the “Stones”; Little Stone, Big Stone, and Loud Stone, who serve as a Greek chorus. There is even a Lord of the Underworlds who is initially depicted as a young child. The play is quite wistful. “There will even be water on the set as well as imaginative constructions such as a room “built” of string, noted Brooks.

“Ruhl’s language so connected with me. It is beautiful, witty, visceral, human and resonates,” said Emily Kester who portrays Eurydice. “Eurydice is such a curious person, struggling to find her own identity; not just as a daughter or a wife.”

“Both Orpheus and Eurydice are young. They are not completely sure of themselves,” said Kester. And Eurydice is also dealing with “the loss of her father and all the lovely connections they had. She just wants to see him again and talk.”

“Eurydice” is a powerful tale of love ready to tug at the heart and mind.