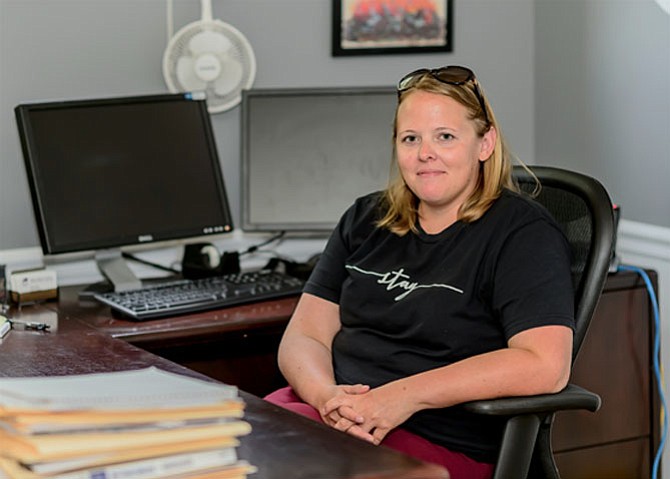 When I was 15 years old, I received my first “membership card” to suicide loss. I got the platinum membership card because not only was my loss to suicide, but it was also a parent.

As an adolescent this was one of those memberships that made people walk the other way and talk about you quietly. At 15 I was told my father was in a “better place,” and he was no longer in pain. People also told me that he was selfish and a horrible person. I had to pick one set of beliefs to survive.

I picked the set that described his loss as one that relieved him from pain and he was better now. Little did I know, this increased my risk for suicidal thinking substantially. For the next five years, I would struggle with my own thoughts of suicide.

At 20, I lost my best friend to suicide and everything changed. This was not supposed to happen again, and I needed to do something different. I became motivated to stop the thoughts I had, stop the losses in my community and make my world a better place to live.

I got involved with the American Foundation for Suicide Prevention and then CrisisLink. When I became a volunteer, I found an entire community in which suicide was openly discussed and people shared experiences like me. I found a place where I could take these horrible experiences and find meaning and energy to “do something.”

Now, I am the program director of PRS CrisisLink, a McLean-based nonprofit that helps people with mental illness and those facing life crises. Every day, I am able to do something to help others either through training new crisis workers, speaking in the community or providing suicide prevention training. In addition, I manage a region-wide hotline and textline to provide an outlet to help people cope with emotional trauma, personal and family crises. Right now, I am spearheading PRS’ #MindsMatter, a social media campaign to encourage the community to pledge to do something that raises awareness about suicide prevention. This effort kicks off National Suicide Prevention Week, which takes place this week.

I wouldn’t wish this club membership on anyone; but for me, the membership is a now an honor because I make a difference, and the work I do matters.