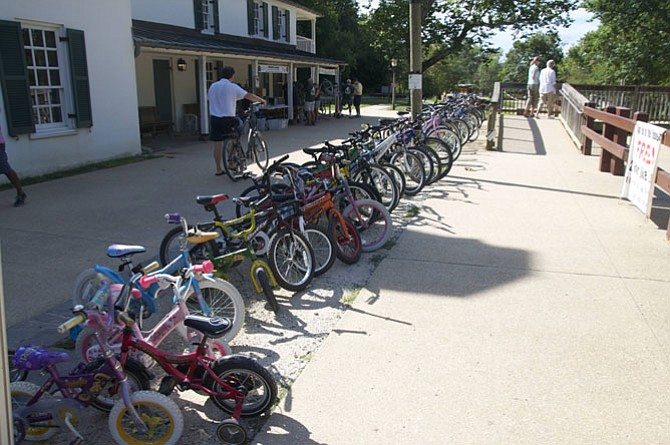 Bikes are available for 2-hour free rental at the canal. Photo by Deb Stevens. 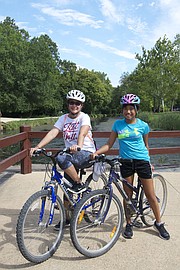 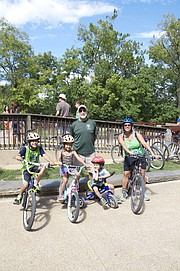 Since its launch in the Spring of 2013, the C&O Canal Bike Loaner Program, located at the Great Falls Tavern Visitor Center in Potomac, has loaned upwards of 15,000 bicycles at no cost to visitors.

The program, which originated in a rural area of the C&O Canal National Historical Park in Williamsport, was expanded and adapted for Great Falls, which enjoys over 5 million visitors annually. Currently in its fourth season of operation, the Great Falls Bike Loaner Program is coordinated by Founder and Chief Bike Mechanic, Ric Jackson and operated solely by volunteers, who have logged over 6,000 volunteer hours and many hundreds of Student Service Learning hours. In addition, the program has trained dozens of volunteers as bike mechanics, and logged thousands of hours in bike repair and maintenance. All of the program’s bicycles are donated by the public and are inspected and maintained by trained mechanics.

The program operates from 10 a.m. to 4 p.m. on Saturdays, Sundays and holidays year-round, weather permitting (generally from April through November, or until the towpath becomes too muddy).

The Bike Loaner Program accepts financial donations to help sustain the program and purchase parts and supplies needed to maintain the fleet of bicycles.