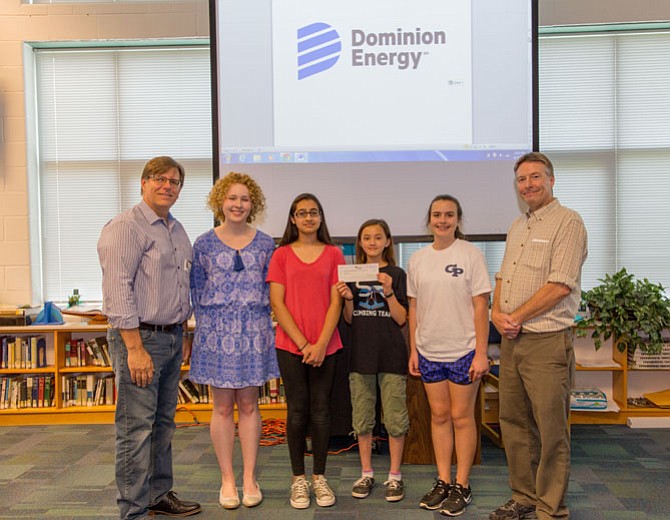 Earth Force, a nonprofit located in the Clarendon, that challenges students to develop innovative solutions to environmental problems received a $5,000 environmental stewardship grant from the Dominion Energy Charitable Foundation. Funds will be allocated to support the “Caring for Our Watersheds” program and competition that will engage about 1,500 middle school students in Northern Virginia during the 2017-2018 academic year.

According to Vince Meldrum, president and CEO of Earth Force’s operation, the students work in teams to design and implement projects that will impact the health of the Chesapeake Bay watershed region. “Rachel Carson Middle School in Fairfax County, the winner for the 2016-2017 academic year, wanted to reduce food waste and litter that often end up in the area’s waterways,” he said. “They launched a partnership with a local residential shelter to pick up extra food from the school, resulting in a $1,000 prize to the school for this creative program.” Other projects in the contest involved decreasing plastic bags and planting native grasses in wetlands.

In April 2017, the Dominion Energy Charitable Foundation awarded $1.2 million through a competitive grant process to more than 100 schools, organizations and communities in 10 states served by Dominion Energy.