The Braddock District's Year in Review 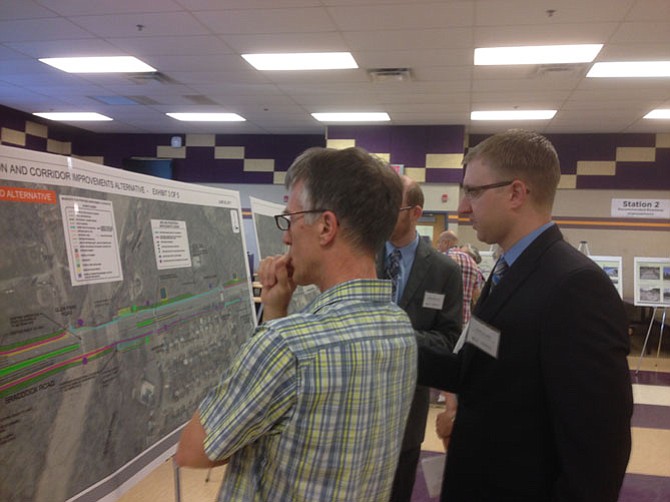 The Braddock Road Study was finalized this year and recommended a series of intersection improvements and pedestrian facilities to help ease traffic congestion. The study was a result of several years of work by County staff and collaboration with the Braddock Road Citizens Task Force. Thanks to the community’s input through a survey, community meetings, and the task force, the County went with the intersection improvement option. There have been six workshops in Braddock Hall this year for the community to speak with County engineering staff about their neighborhood’s intersection changes.

My office is dedicated to keeping the public informed with the latest county and local news for the Braddock District. I also use social media to educate followers on important issues affecting our county, such as domestic violence prevention, and the county resources available for them. We nearly doubled our outreach with our daily posts. Our goal is to make government more accessible to you.

In October we held another successful Oak Hill Day at the Historic Oak Hill Mansion. This event gave residents the chance to experience the historical aspects of the Braddock District by touring the revolutionary era Georgian Style mansion.

BATTLE OF THE BANDS:

On July 16, I hosted a Battle of the Bands at Lakeside Park. Nine local bands competed for a spot on the 2018 Braddock Nights calendar. Approximately 300 people came out to listen, mingle with neighbors, and enjoy the food trucks: Doug the Food Dude, Nitro’s Creamery & Colonial Kettle Corn, with water donated by Glory Days. St. Stephens United Methodist Church brought home the winning title with its Youth Band. Stay tuned for their appearance in 2018’s Braddock Nights Line Up!

In October I hosted a Parent Resources Town Hall Meeting on Raising Teens in the 21st Century. The half day program centered on the County’s Youth Survey, Warning Signs of Teens in Trouble and had breakout sessions on handling stress and anxiety, positive family time, substance use, and learning disabilities. County and non-profit groups were invited to have resource tables for the participants.

This summer marked another successful run of Braddock Nights Free Concerts at Rutherford and Lake Accotink. Next summer the Rutherford event series will shift back to Royal Lake Park.

This award was given to David Curtis, a dedicated volunteer with the Truro Homes Association Stream Team. Curtis was recognized at the Fairfax County Volunteer Service Awards on April 21 for his dedication and commitment to the Turkey Run Stream Restoration Project. This award is given annually by Volunteer Fairfax to members of the Fairfax community who make a real difference in the lives of their neighbors.

This year I awarded the Braddock District Lord and Lady Fairfax titles to Mary Cortina, Vice Chair of the Fairfax County Park Authority Board and current at-large member of the Planning Commission, and Kevin Morse, Chairman of the Braddock Road Task Force and my appointee to the Transportation Advisory Commission. These individuals demonstrated outstanding volunteerism and service to their community.

As Chairman of the Public Safety Committee and father of six, I take the safety of our youth very seriously. After a tragic local accident, I hosted a train track safety event that educated the public, especially teens, on the dangers of trespassing on railroads. The press event happened in September at the Burke Centre VRE Station and featured Police Chief Ed Roessler, Fire Chief Richard Bowers, and VRE CEO Doug Allen.

As Chairman of the Domestic Violence Prevention Policy & Coordinating Council, I chaired four Quarterly meetings with a diverse group of individuals, including judges, police chiefs, the sheriff, heads of non-profits and many others. We are committed to reducing incidents of domestic violence in our county.

I also had the honor of attending several meetings on Diversion First throughout the year as part of the county leadership team. This year we focused on reforms to get treatment faster for those entering the criminal justice system due to mental health challenges.

This month I represented Fairfax County at the National Association of Counties one-and-a-half-day peer exchange on county behavioral health and criminal justice issues, hosted in Maricopa County, Ariz. This event brought together county leaders from across the country who visited Maricopa County to learn about its efforts to reduce the number of people with mental illnesses in jail from Nov. 30-Dec. 1.