Mentor of The Week: A Cross-Cultural Connection
Votes

Mentor of The Week: A Cross-Cultural Connection 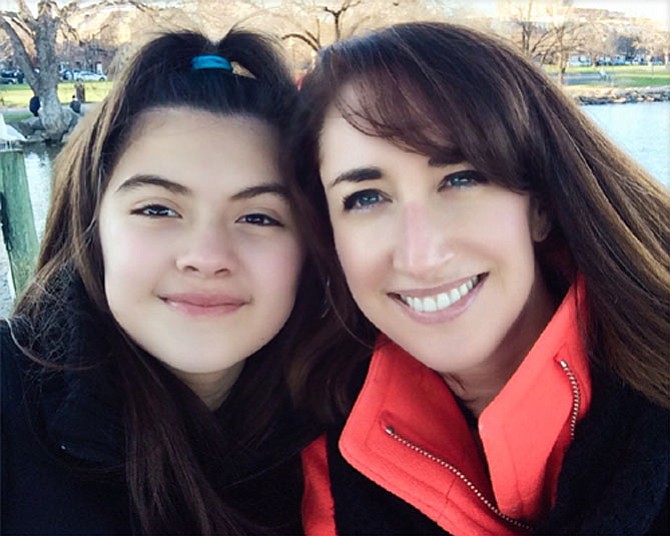 Rebecca and Elodie met through the SOHO program back in 2014. On the first day of the program, they were sitting together and immediately had a great connection. Rebecca is from El Salvador originally and is very interested in other cultures and Elodie is from France and loves to share her love for international travel. Rebecca quickly asked Elodie to talk to her about her country, cultural differences and what language people speak in France. Elodie also wanted to find out about Rebecca’s original country of El Salvador. A friendship quickly built from there.

Each Thursday evening, they met through the SOHO program and worked on art projects together, including painting, making pillows, ceramics, and other projects with the objective to create a space for Rebecca in her home. At the end of the program Rebecca was sharing a room with her brother and made her “corner” her own space with crafts she had worked on all year long with Elodie along with some new fun things they bought together.

After two years of starting the program, Elodie and Rebecca have a close friendship and see each other on a regular basis to see movies, go to coffee, do some shopping or just talk about school, life, and everything in between. As Elodie says, “Rebecca has brought so much more to my life than I had ever imagined. We have a very strong bond that I plan to cherish for life.” Elodie was so happy when Rebecca told her that she had decided to take French in middle school and promised Rebecca to take her to Europe when she graduates from high school.

SOHO is a member of the Alexandria Mentoring Partnership (AMP). AMP was created in 2006 to ensure that quality mentors and mentor programs are available for Alexandria's youth and young adults in need. To learn more about SOHO, visit: http://spaceofherown.org/ or to learn more about AMP, visit http://www.alexandriava.gov/Mentoring.