The Northside Social in Arlington Recently a Movie Set
Votes

The Northside Social in Arlington Recently a Movie Set 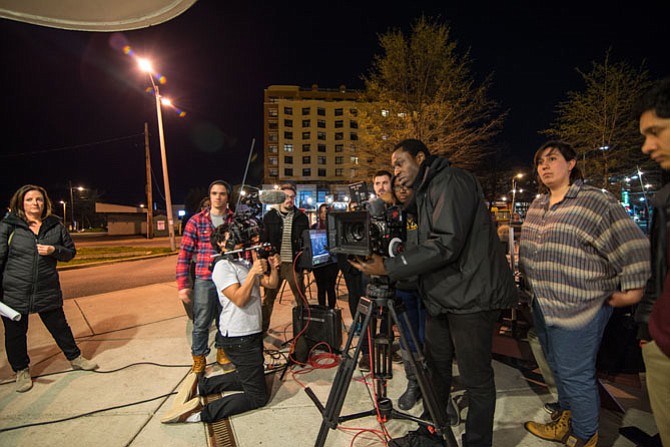 The Northside Social in Arlington was recently a movie set for JAVA, the first short film produced in the Mason Film Lab, a new initiative by the Film and Video Studies program at George Mason University. JAVA, will make its film festival debut in competition at the Richmond International Film Festival on Saturday, March 4, at 12 p.m. at Bow Tie Movieland 2, headlining the International Shorts Spotlight 2 program.

More than 60 of Mason’s Film and Video Studies students produced and crewed the film, which was entirely shot at Northside Social in March 2016. In the story, Drae Campbell (“You Move Me”) co-stars as Jet, an artist who realizes the dark consequences of her daily routine of obsessively sketching Diana, played by George Mason School of Theater alum Rebecca Wahls (“Admins”). Wahls is a Virginia native who currently resides in the Fairfax area. After the debut in Richmond, JAVA will continue on the independent festival circuit with local screenings in the near future.