Developer worked with the community to get approval for nine homes. 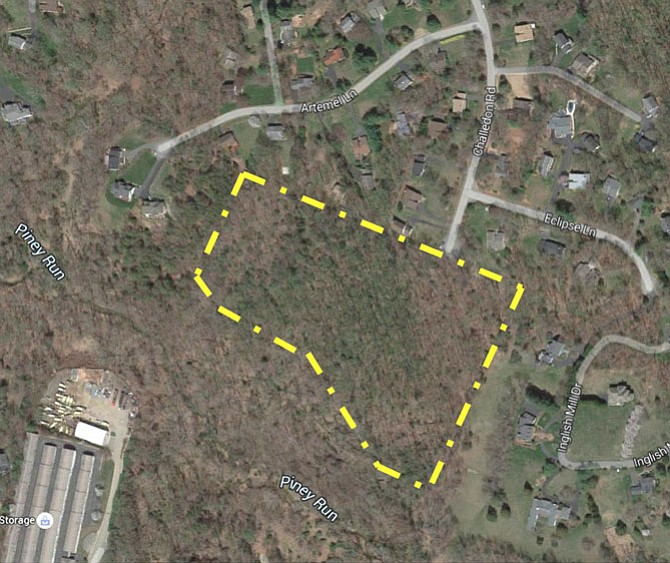 Supervisor John Foust (D-Dranesville) and Benjamin Wiles, his staff aide who works on land-use issues, identified some of the developments within the Dranesville District that they will be focusing on over the next couple of months.

All of the developments have received interest from surrounding communities, leaving Foust and the other supervisors with ample feedback to consider before the proposals reach them for a vote.

Gulick Group, Inc. applied to rezone an 11-acre parcel south of where Challendon Road ends in Great Falls from a rural agricultural district to a residential district.

The rezoning would permit the land-owner to construct nine homes on the property. The original proposal was for 10 lots, according to Benjamin Wiles, a staff aide for Supervisor John Foust.

The change was prompted by concerns of the Great Falls Citizens Association and neighbors over the project’s stormwater management plans.

The southern boundary of the property coincides with the northern edge of a segment of the Piney Run floodplain, according to a staff report by the Fairfax County Department of Planning and Zoning. The floodplain and its adjacent slopes are identified as a Resource Protection Area and an Environmental Quality Corridor.

A stormwater channel that drains to Piney Run bisects the site approximately at its midpoint from the north property line to the south property line, the report continues.

Since the original proposal, the applicant has submitted several revisions that have resulted in preserving more tree canopy and now exceeds water quality and quantity standards, when compared to what would be required of a project that is permitted under the property’s current zoning, also known as by right development, according to Wiles.

“The applicant has been cooperative and I think we have a proposal now that is beyond the standard requirements for both tree preservation and stormwater,” Foust says.

A public hearing for the project with the Board of Supervisors is scheduled for Tuesday, Jan. 24, after deadline for this week’s paper.

“We still have a public hearing, but unless something extraordinary would come out of that public hearing, I anticipate that the project will receive support from the Board of Supervisors,” Foust says.