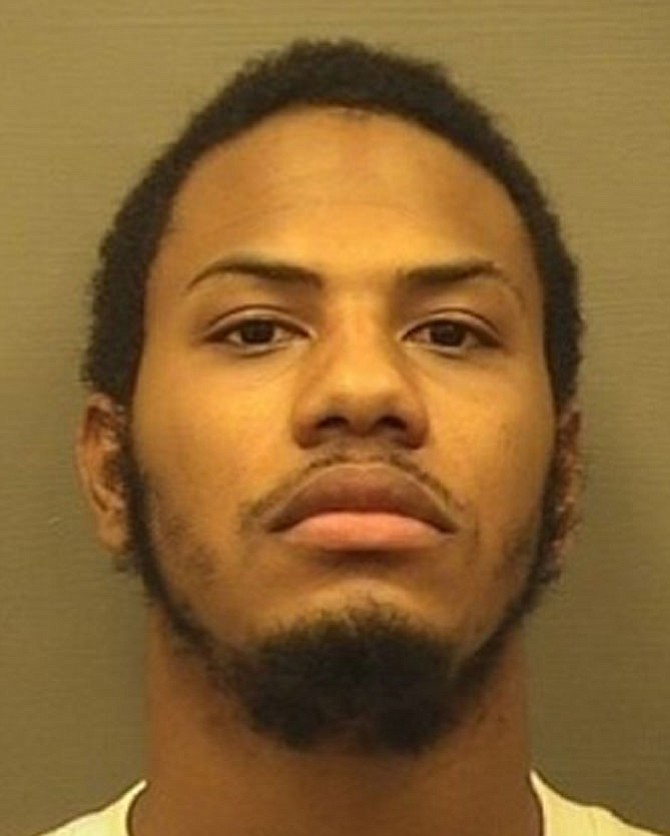 Alexandria — The conviction of the man accused of murdering Shakkan Elliot-Tibb may come down to the testimony of five witnesses putting their lives on the line to testify. Though police say between 30 to 50 people were present at the time of his death, few came forward with any information about what happened. Two who did were friends of the accused. Others from the neighborhood nervously took the stand and struggled to avoid answering questions about the case. The Commonwealth Attorney’s Office says some who already testified have received threats.

Elliot-Tibbs was murdered in the Andrew Adkins Courtyard on July 2, 2015. In the ongoing trial that began on Jan 23, the verdict may hinge on the testimony of a few witnesses both the defense and the prosecution were working to discredit.

The murder of Elliot-Tibbs started with an argument. All of the witnesses to the crime told the same story, with a few differences in details that could determine whether Rashad Lonzell Adkins will be convicted of first degree murder.

According to testimony, Elliot-Tibbs approached Brandon “Bullet” Hughes and a confrontation between the two men ensued. Hughes left to go get his cousin, Adkins, who returned a few moments later. The confrontation continued, with most witnesses saying that Elliot-Tibbs pushed Adkins back, then Adkins reached into his backpack, drew a pistol, and shot Elliot-Tibbs. Adkins fired several shots at Elliot-Tibbs — the two fatal ones piercing his arm and aorta.

Adkins’ defense argued that Elliot-Tibbs’ shove constituted a physical assault, meaning the defendant and the victim were both fighting each other at the time of the murder.

“There was ample evidence [that the crime was committed in] the heat of passion and mutual combat,” said Joe King, from Adkins’ defense team.

“The defendant fired at least four times, that shows clear intent to kill,” said Molly Sullivan, Chief Deputy Commonwealth’s Attorney. “There is evidence of malice, inferred from the deliberate use of a weapon.”

Every witness from the neighborhood who had been called up to testify showed reluctance, each having to be reminded by Judge James Clark that they were under oath and had to answer questions. One witness detailed the argument between Elliot-Tibbs and Adkins’ cousin Hughes, then said he saw Elliot-Tibbs push Adkins later, but suddenly refused to answer any questions related to the murder even under threat of contempt of court by Judge Clark, saying he didn’t remember.

“Can I be done with this?” asked another witness, who was 14 at the time of the murder and said he’d seen other shootings before this one. “I don’t have [anything] to say. I’m done talking.”

“We tried to gather as much information as possible,” said Officer Anthony Russo. “We would knock on doors and ask questions. Most people didn’t answer their door. People outside ignored us, pretended I wasn’t there… There was one guy I walked up to and I tried to introduce myself, but [he] stared into his phone and literally ignored me.”

Detective Warren King said at one point, officers went door to door with the victim’s mother and Chief Earl Cook to get people to come forward, but it was still unsuccessful.

One witness, Brian Morris, was a longtime friend of Adkins whose testimony differed from the others. Morris said Elliot-Tibbs pushed Adkins, at which point Adkins raised his hands in a peaceful gesture. Morris said Elliot-Tibbs then punched Adkins in the head and continued to approach him after Adkins was slumped over against the wall, at which point Adkins shot Elliot-Tibbs. Morris’ credibility as a witness was questioned, particularly on why he hadn’t come forward as a witness until after serving time in jail with Adkins.

“Growing up, I was always taught never to speak to the police,” said Morris. “It was not my business.”

The trial is expected to conclude by the end of the week.