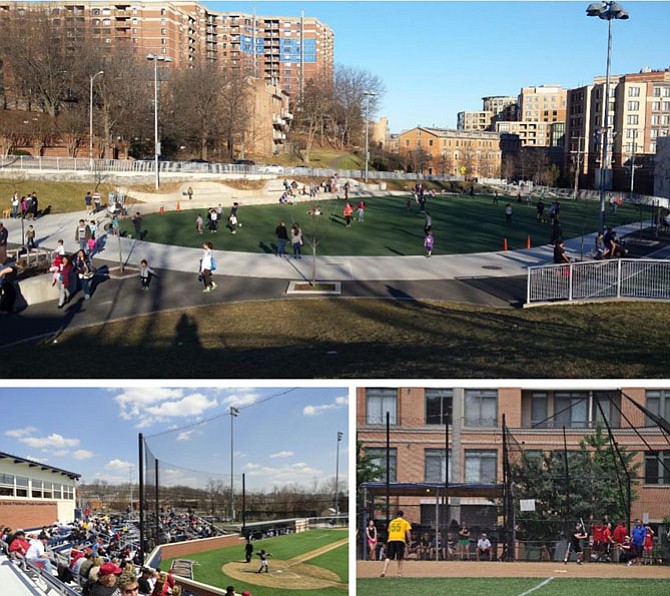 Parks in use in Arlington. Photo contributed

Map of trail spaces throughout Arlington 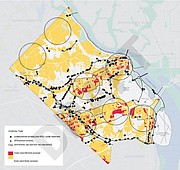 Space is becoming an ever more precious commodity in Arlington, and, among the competing demands, parks and open space have a tendency to get pushed to the back. Now, Arlington County’s Department of Parks and Recreation are reaching out to local citizens to get feedback and suggestions on new plans underway to save Arlington’s open spaces.

The Public Spaces Master Plan outlines goals and priorities for Arlington County for the preservation of natural resources. The first priorities are to add 30 acres of new public space over the next 10 years and to make better use of the existing public spaces. According to the draft plan, the most common feedback from residents at meetings is that more space is needed. Many of the public space priorities center around the Metro corridor and Columbia Pike, where Arlington has seen the highest levels of population growth.

The Master Plan’s “best practice” solution is deck parks — to build park space over the highways that run through the middle of population centers. Similar plans have been implemented in Dallas, and there is some precedent in Arlington with the parking deck built over I-66 adjacent to Washington-Lee High School. The plan recommends rehabbing the existing parking deck and expanding it into a full park. Other identified potential deck parks include both sides of N Washington Street near East Falls Church, I-395 east of Shirlington, and over the George Washington Memorial Parkway.

As new construction is ongoing in the Metro corridor, the Master Plan recommends the County Board revisit the code and open up considerations for new options. Recommended best practices include pushing for more rooftop open spaces or even spaces along the sides of buildings, like more rock-climbing walls.

The 2017 Public Spaces Master Plan follows up on a plan implemented in 2005. The biggest priority in that plan was the development of Long Bridge Park and parks along Four Mile Run, efforts that are ongoing. The plan set the goal of developing a land acquisition policy, which was laid out but never adopted by the county.

The median age of Arlington residents is 34, while throughout the D.C. area the median age is 36. Arlington also has a 77 percent more millennials, residents between the ages of 25 and 34, than the surrounding jurisdictions. That tends to drive the public space needs towards athletic-focused outdoor activities. Walking is still the most popular outdoor activity but has seen a decline since the 2005 plan, with more niche activities like yoga and triathlons on the rise.

According to a 2016 needs assessment, paved multi-use trails were the most needed outdoor facility. Of households surveyed, 87 percent answered that they needed more multi-use outdoor trails. Hiking trails and animal habitats also scored highly, each around 75 percent. Based on a priority investment rating, combining needs expressed by the community with economic viability, the ETC Institute recommended trails and habitats be considered as the highest priority investments.

Three upcoming meetings will give Arlington Residents a chance to learn about the plan and provide feedback: