Escaping Into a Magical Place
Votes

Escaping Into a Magical Place 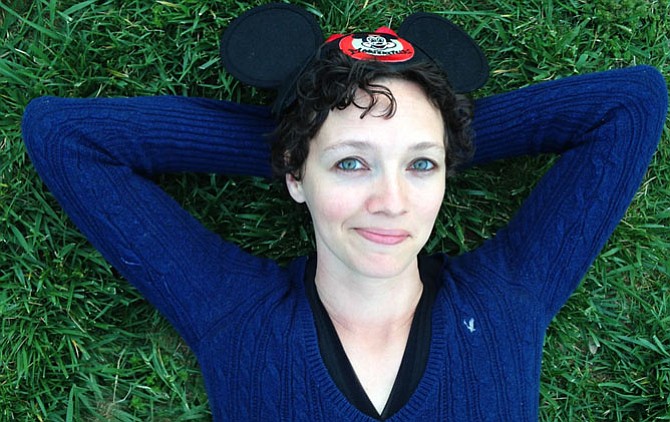 Tia Shearer in character as featured in one-actor performance of “The Happiest Place on Earth” at the Hub Theatre.

produced in the region. For its summer production, the Hub is treating audiences to “The Happiest Place on Earth” by the Philip Dawkins. Dawkins is the playwright who penned “Failure: A Love Story,” a Hub production that received acclaim several summers ago.

“The Happiest Place on Earth” is a one-actor play that fits Hub artistic director Helen Pafumi’s desire to give audiences plays that are singular, artistically fanciful, acted with heart, intelligence and imagination. “I adore plays that leave you with a pang of joy and pain, that are bittersweet to the core."

With Matt Bassett’s direction, “The Happiest Place on Earth” is set in a fictional Anaheim, Calif., where a magical kingdom has been built. A few 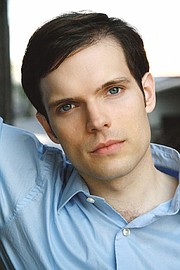 Matt Bassett, director, “The Happiest Place on Earth” at the Hub Theatre

For director Bassett, Dawkins’s “writing is so full of heart and wit, with laughs easily followed by tears, quickly followed again by laughs. He never wallows in pathos, nor does he milk comedy. His characters and voice are honest, yet perfectly theatrical.”

Tia Shearer is the actor who guides the audience through the play’s journey; the journey of an American family taking a visit to a magical place built on total happiness as they try to leave their troubles and woe behind them

Director Bassett and actor Shearer have discussed the challenges: such as finding the simplest, clearest way to communicate each character Shearer plays. In a one-actor play keeping the story active, not a monologue, without scene partners to provide reactions can be a challenge. “I am working with a thoughtful and creative actor, so these challenges are quickly changed into opportunities for insight into character and action,” said Bassett.

The technical designs are “exploring the themes of nostalgia versus reality, coping with trauma, and rediscovering wonder in adulthood. To that end, we are finding the balance between set, projections, props, lighting, and sound that can create a 3-D representation” for the play, added Bassett.

Is there a place where a family’s dreams can come true? Hub Theatre’s “The Happiest Place on Earth” will give audiences much to ponder.