Local educators share strategies for getting children to practice music. 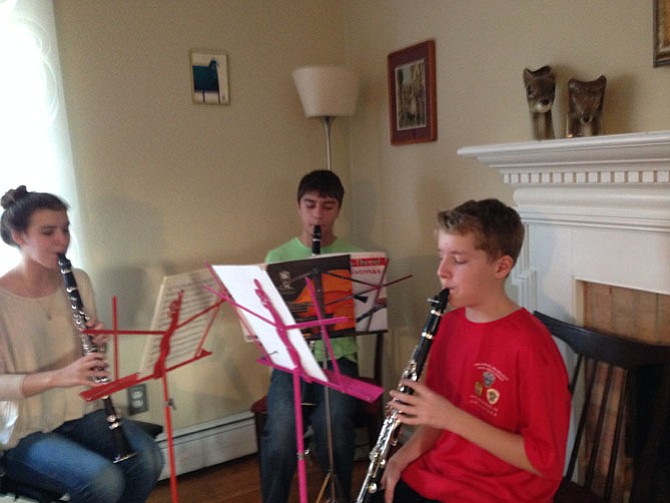 Fifteen-year-old Timothy Gulyn plays Christmas music with fellow clarinetists. His teacher brings together all her clarinet students to perform with each other several times a year. Photo courtesy of Linda Gulyn 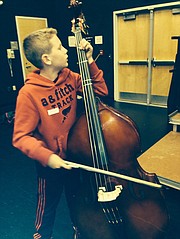 Twelve-year-old Christopher Gulyn prepares for an audition with the Arlington Junior Honors Orchestra.

“Treat practice time like a part of a child’s daily routine. They have a consistent time for practice.” — John Kilkenny, George Mason University

When Linda Gulyn’s son entered high school and asked to quit his clarinet lessons, the Arlington mother of four declined his request.

“My son Timmy is an excellent clarinet player. The philosophy I’ve established in my house is that music is part of your overall education like science or math, so you can’t just quit,” said Gulyn, saxophonist, former music teacher and professor of psychology at Marymount University.

During the month of March, which is designated as Music in our Schools Month, educators highlight the benefits of quality music education programs. Part of that education is practice, but motivating children to practice can be daunting for some parents.

For children who play a musical instrument, regular practice is not only a path toward proficiency, but it also helps establish discipline that is useful in other areas of one life’s. This habit, however, must be established purposefully says John Kilkenny, assistant professor of music at George Mason University. “Treat practice time like a part of child’s daily routine,” he said. “They have to have a consistent time for practice. For example, they come home from school each day, have a snack and practice for 30 minutes.”

One key to keeping children motivated to practice is setting goals, be they long-term or for the current practice session. “Goal-oriented practice for younger kids, like a recital to work toward, for example is a good motivator,” said Kilkenny. “The biggest thing is consistency, practicing at or near the same time every day just like everything else they do so that it becomes part of their routine.”

For practice sessions to be effective, they must be organized and purposeful. This is another area where goal setting can be useful says, Ann McCoy, who teaches piano and violin in her Bethesda, Md. home. “Maybe a goal for a child who is working on a particularly difficult piece of music could be to spend their practice time perfecting three or four measures,” she said. “Rather than focusing on practicing for a set amount of time, they could practice until the can play the three measures perfectly and then they’re finished for the day. That is more effective than saying sitting for 30 minutes without accomplishing something specific.”

Adding a light-hearted element to practice, which can be seen by some children as laborious, also encourages students to practice. “There should be some sense that playing the instrument is supposed to be fun and students should … have some flexibility beyond a rigid experiences,” said Kilkenny. “It shouldn’t feel like it’s a negative experience.”

For parents who have trouble getting a child to start a practice session, McCoy recommends trying a different time of the day. “For example, I had one mother who had screaming matches with her children to get them to practice after they’d finished their homework in the evening,” she said. “She changed their practice time to the mornings after breakfast, but before they left for school. That made a huge difference in their willingness to practice because they were rested and in a better mood.”

Choosing a teacher who is a good fit for one’s child can have an effect on their desire to practice. “Ask around for recommendations, but find a teacher who inspires their students,” said Gulyn.

“It’s important to make sure the teacher is somebody who is credentialed and has degrees in music and also that they’re continuing to be engaged professionally as teachers and performers,” added Kilkenny. “Usually in terms of choosing a teacher, parents and children should have an opportunity to try a sample private lesson.”