Battle for Golf Course - Round 2
Votes

Battle for Golf Course - Round 2 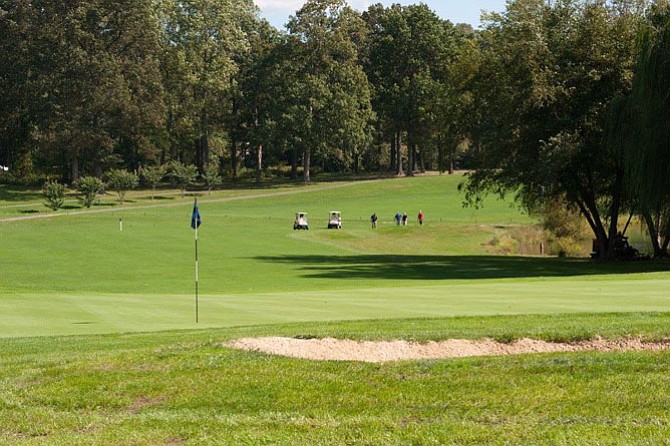 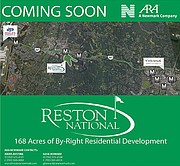 The property is listed as “168 acres of by-right residential development,” although any owner of the golf course would not have the right to develop the land into residential property by right.

Here’s where the fighting words come in.

ARA lists the property as “168 acres of by-right residential development.” This is misleading because any owner of the golf course would not have the right to develop the land into residential property by right.

“Right now, it is considered for golf course and planned recreation and it is intended to remain that,” said Hunter Mill Supervisor Cathy Hudgins. “Open space is a big deal for Reston, so [redevelopment] would be a big leap.”

The Reston community has already fought about this with the golf course’s current owners and won.

Fairfax County designated the land for only recreational use. Any residential development plan for the property would require approval from the county’s Planning Commission and Board of Supervisors to rezone the property. This process requires multiple public hearings along the way, which is where the golf course owners have had a history of losing this battle with Restonians.

When Northwestern Mutual, the majority owner of RN Golf Management, which owns the Reston National Golf Course, tried to go around the process, the Fairfax County Zoning Administrator told Northwestern Mutual attorneys that they could not redevelop the golf course without rezoning approval. The attorneys then challenged the county in court, where they were told no again.

IN NOVEMBER 2015, a judge ruled that the golf course owners would have to go through the county’s Planning Commission and Board of Supervisors to seek a land-use change to redevelop the property into anything other than open recreational space.

Months before this ruling, the county added another layer of complication that would make the process for redeveloping the property even more difficult.

The Fairfax County’s comprehensive plan for Reston— the Reston Master Plan Special Study— was amended and adopted by the Fairfax County Board of Supervisors on June 2, 2015. The amended version includes this provision: “The Reston National and Hidden Creek Country Club golf courses are planned for private recreation use, more specifically to remain as golf courses.”

“Any property owner has the right to seek a change to their land-use designation,” said Connie Hartke, president of Rescue Reston, the grassroots organization that lead the resistance to the golf course’s redevelopment.

But developers would be up for an even tougher fight for round two if they applied for redevelopment. This is because they would not only have to seek rezoning with the Planning Commission and Board of Supervisors, but also a comprehensive plan amendment.

A month prior to the property listing, the Reston Association doubled down on its stance against the golf course’s redevelopment by approving a resolution that opposes any development of the Hidden Creek Country Club or Reston National golf courses.

The resolution states that Reston has been a golf course community since its inception in 1961 and that both golf courses are an essential element of Reston because of their integration into Reston’s natural open space areas and because of the active recreational opportunities they provide.

“We can only confirm that the golf course will be coming to market for an as-is sale and that we believe the property development potential,” Mark Anstine, spokesperson for ARA, told the Connection over email.

In the meantime, Rescue Reston will continue to advocate for its green golf course. Hartke said her group will continue lobbying and protecting the golf course, which requires expensive legal support.

TO HELP FOOT THESE BILLS, the group’s third annual Golf Tournament and Nature Walk is set for Oct. 2.

“We cannot do this without an attorney at our side,” Hartke said.

While the fundraiser is set for the fall, the recent listing has Rescue Reston seeking help now. As soon as the grassroots organization notified its supporters, an additional $3,500 in backing was pledged, according to Hartke.

“Out of the six-digit legal bill that we had for the four-year court case (decided in 2015), our supporters have helped pay all but 16.13 percent of the bill as of January,” Hartke said. “I think it’s so impressive. This is showing how dedicated the community is. It’s not just showing up at meetings or signing petitions, they open up their wallets.”

There have been no new applications to redevelop the golf course, according to Hudgins’ office. The golf course is still listed for sale.

Hudgins hopes buyers beware and perform due diligence before making any offer to purchase the property.

“Anyone who’s buying it has to recognize what they’re buying,” Hudgins said. “I hope there’s enough sunshine to help any buyer who approaches this to understand what they’re acquiring.”