Democrats Face Off in Arlington
Votes

Democrats Face Off in Arlington

One week until Democratic caucus for vacant County Board seat. 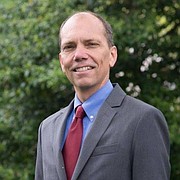 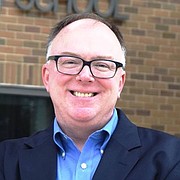 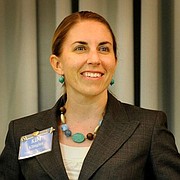 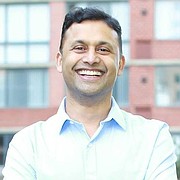 In the crowded Democratic primary, no clear leader has emerged. A straw poll held at an April 12 fund-raiser by Del. Alfonso Lopez, no candidate secured a clear majority. The Democratic party caucus is one week away, starting on May 9, and the candidates have been pushing to stand apart from the crowd.

Voters will caucus May 9 from 7 to 9 p.m. at Key Elementary School; May 11 from 7 to 9 p.m. at Drew Model School; and May 13 from 11 a.m. to 7 p.m. at Washington Lee High School. Any registered voter can participate in the caucus, but must sign a pledge to support the Democratic nominee in the general election. Independent Audrey Clement has announced that she will run for County Board again in the fall. No Republicans have announced a candidacy.

There’s recurring messages in each campaign. Each candidate says the region needs to find a new way to pay for the Metro and says the schools need to work with the county in finding more creative solutions for their space problems. Three of the four candidates have been civic association presidents.

While Democratic voters remain undecided, Gutshall remains a clear favorite of the Arlington Democrat establishment. Gutshall has been endorsed by many in Arlington’s Democratic leadership, including outgoing County Board chair Jay Fisette.

But last year, Gutshall found himself in a similar position. Much of the local Democratic leadership had endorsed Gutshall in his race against incumbent Libby Garvey, who had been ostracized by local Democrats after supporting independent John Vihstadt in a previous County Board race against a Democratic candidate.

“I was at peace with the result,” said Gutshall. “I knew going in that it was a tough battle for an unknown to take on a 20-year incumbent.”

But in a year with a vacant seat, Gutshall says he thinks his chances of winning a spot on the County Board are higher. Gutshall says he has more experience than Klingler or Patil, and while he says he admires Fallon’s depth of experience working on the Planning Commission, Gutshall says he believes his own experience is broader. Gutshall says his experience owning a local home improvement business gives him a unique understanding of the needs of local businesses. Diversifying the local economy and making it more friendly to small business owners has been one of the major campaign efforts by Gutshall.

“We need to diversify our economy,” said Gutshall. “We see that now just as much as with sequestration and BRAC from 10 years ago. There is too much reliance on federal sector. Those jobs are great jobs and should still be a part of our economy, but we need to diversify … by focusing on innovators and entrepreneurs and making sure county is doing everything we can to make it easier to do business here.”

In particular, Gutshall says the county is facing problems with local businesses failing within their first year after spending so much time and money on permitting. Gutshall says the county government should work to streamline that process and promote more public-private partnerships, pointing to the Artomatic arts festival in Crystal City as an example.

Gutshall is currently leading the race in campaign funding with $127,043, nearly triple the other three County Board candidates combined, according to the Virginia Public Access Project (VPAP).

In terms of experience working within county government, Fallon’s is the only one that matches Gutshall. From 2004 to 2013, Fallon served on the county’s Planning Commission and as its chair in 2009. Fallon also served as the chair of the zoning subcommittee. Fallon has also served on various education, transportation, housing and green space boards and commissions. In 2015, Fallon was one of the wide field of Democrats running for two vacant seats, but came in third behind County Board members Katie Cristol and Christian Dorsey. If Gutshall is the favorite of the Democratic establishment, Fallon presents himself as the Bernie Sanders-style alternative.

“This process is heavily influenced by insiders,” said Fallon, pointing to the local Democrats’ decision to have a caucus rather than a primary. “It was an insider decision to support an insider candidate.”

Fallon say he’s concerned that the caucus could hurt Arlington Democrats’ public image, noting that the last time the party did a caucus was in 2014, which resulted in Democrat Alan Howze losing to independent John Vihstadt and breaking the Democratic grip on the County Board.

“If you believe you have a great candidate, that’s fine, but don’t make it onerous to participate in democracy,” said Fallon. “If there’s a fractious relationship in the party, it’s because a large number of people feel unheard.”

In some ways, Fallon says these are similar problems that plague the county government.

“Arlington County has done better for outreach [recently], but it fails to incorporate the feedback if it’s dissenting,” said Fallon. “There is a tendency to dismiss those who don’t accept our vision. These people are not obstructionists, we need to incorporate that feedback into county policy.”

Fallon is at his most animated when discussing the details of County Board regulations and the statistics behind Arlington’s problems. Outside of his experience in county government, Fallon works as a tax accountant. Fallon says this approach helps him look at problems from a numbers perspective.

Klingler’s campaign is focused around keeping Arlington safe and diverse. Klingler says the county has not done enough to prepare for the safety demands that come with the population growth along the Metro corridor. In Crystal City, for example, Klingler says the fire department is going to need more ladder trucks in the upcoming years. Klingler’s passion for Arlington public safety is rooted in her personal experience as an EMT with the Falls Church Volunteer Fire Department.

For cost savings, Klingler says the county and surrounding jurisdictions need to look at their bus routes and cut the ones where efforts are being duplicated. Klingler pointed to bus routes along Columbia Pike in particular, where ART Bus and Metrobus share overlapping routes.

Since moving to Arlington in 2001, Klingler has worked in management in health research, first as a senior manager at Deloitte Consulting then as an analyst at the National Cancer Institute.

“I’m able to use that experience to form policy. I worked in the public and private sectors. I know what it takes to implement a plan.”

Klingler has been president or vice president for various civic associations and homeowner’s associations. Klingler served as chair of the Arlington Emergency Preparedness Advisory Commission (EPAC).

“I may not have been on the Planning Commission, but maybe that’s a good thing,” said Klingler. “We need to reevaluate how we do our planning process.”

Klingler described her experience with health research as “looking at making things run together more smoothly,” a quality she hopes to bring to the County Board in November.

Of all the candidates running for the County Board, Patil is possibly the most outside of the usual scope of candidates. Patil has lived in the county for two years. Patil’s primary involvement with the county has been joining the Arlington County Democratic Committee and pushing for a “building bridges” outreach group. Patil has no stated experience working within county government or civic associations, but Patil says instead he brings a business background and a start-up mindset to the County Board.

“I have no ties to the political morass,” said Patil. “My background is as an innovator, not a policy maker. That’s a unique perspective on the County Board.”

As a biotech entrepreneur, Patil says he’s the most qualified of any candidates to help push Arlington towards a more diversified economy. Patil says the county needs to push for greener, more energy-efficient jobs to draw both tech innovators and manufacturers to Arlington County.

Patil’s entrepreneurial mindset extends beyond his approach to the county’s economy. While the idea of having schools in empty office space has been a popular one for many candidates, Patil takes the idea one step further. Patil wants to put schools into active office spaces, with the school taking up the middle floors of an office building as part of a public private partnership. Patil’s hopes this could lead to schools being integrated with some local businesses.

“We can go to Boeing and ask them to clear a couple floors for an aircraft manufacturing school,” said Patil. “We need to look for creative ways to explore these ideas. We need new vision.”