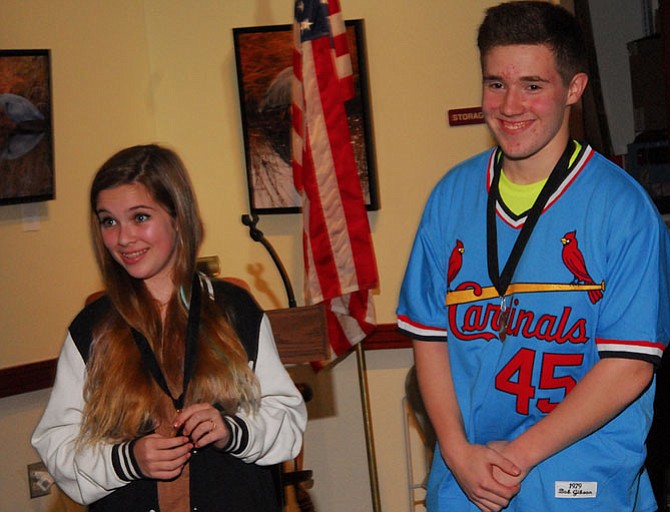 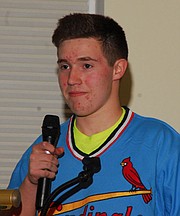 The Great Falls Historical Society invited young people throughout our community and beyond to step up to the research challenge: “Who are the ten players on the local 1890s baseball team?” as presented in a historic photo.

Caroline Ralston, a former GFHS Intern and current member of the GFHS Board of Directors, prepared an introductory presentation to identify the scope of the assignment, suggest research sources, and provide software suggestions that would assist with preparing footnotes and bibliography. Her presentation was filmed and her slides were shared on the Society’s website as an orientation for participants who might join in later.

BRIAN LOVE, a senior from Walt Whitman High School in Bethesda, Md., was the first person to sign up. Ansley Bryan, an eighth grader from Flint Hill School in Oakton, was the only other person to complete the challenge all the way to the end. Brian lives in Bethesda, and Ansley, in Great Falls. Seven other young people agreed to participate in the challenge but dropped out along the way, some notifying of their conflict with sports or homework, others just silently becoming incommunicado.

Here is Brian’s interest in the project, in his own words:

“I have several interests in addition to genealogy, these include baseball, politics, and music. I developed an interest in following professional baseball from my Grandma Love who lived in St. Louis. She was a massive Cardinals fan and would buy my brother and I baseball hats when we were much younger. She made me into the massive Cardinals fan I am today, listening to almost every game. I became interested in genealogy when I was in sixth grade when I would ask the questions: ‘Who were my grandparents and great-grandparents?’ This occurred in about 2011, but I did not actively research until a year or two later. Each summer I would purchase an Ancestry membership that would last about a month. In those short periods, I devoted all my time to research and added about 2,000 names each time. To this day, I have used Ancestry to trace my family to Medieval kings in England and France such as Charlemagne and Alfred the Great.

“I became interested in the project because it seemed right up my alley so I decided to attend the information session. The experience was quite powerful in allowing me to focus on the stories of individuals rather than simply dates and locations. The project also allowed me to learn how to use paper-based genealogy sources rather than online sources. In the past, I had stuck strictly to FamilySearch, Ancestry, and Find a Grave. Through this experience, I have learned how to use microfilm and use old newspapers in the Virginia Room. This experience has really helped me to broaden my research ability and use the skills I learned to get beyond my own dead-ends.”

Brian selected Howard Lester Cunningham to research. Virginia Rita is the manager of the Browns Chapel Methodist Cemetery where Howard is buried. She reported that she had no idea about the connections among the people at the Cemetery until she heard Brian’s presentation, which documents all the family relationships and interconnections. Brian located and interviewed descendants of the Howard and heard family stories about the role of baseball in their family over several generations.

ANSLEY approached this project as a community service volunteer. Flint Hill requires community service hours each semester, but accepts volunteering on a research project in service to a non-profit organization an acceptable initiative. Ansley completed the genealogical research on one player and said it was so much fun, she wondered if she could take on a second player. She researched both Cornelius Taylor “Neal” Johnson, and Page Sanders. A descendant of the Page Sanders family was present, and was enlightened by Ansley’s excellent research.

Brian will be attending the University of Pittsburgh in the fall and will major in Biology on a pre-medical track. Ansley will continue at Flint Hill School. Both presentations may be viewed at www.gfhs.org in the Gallery section.