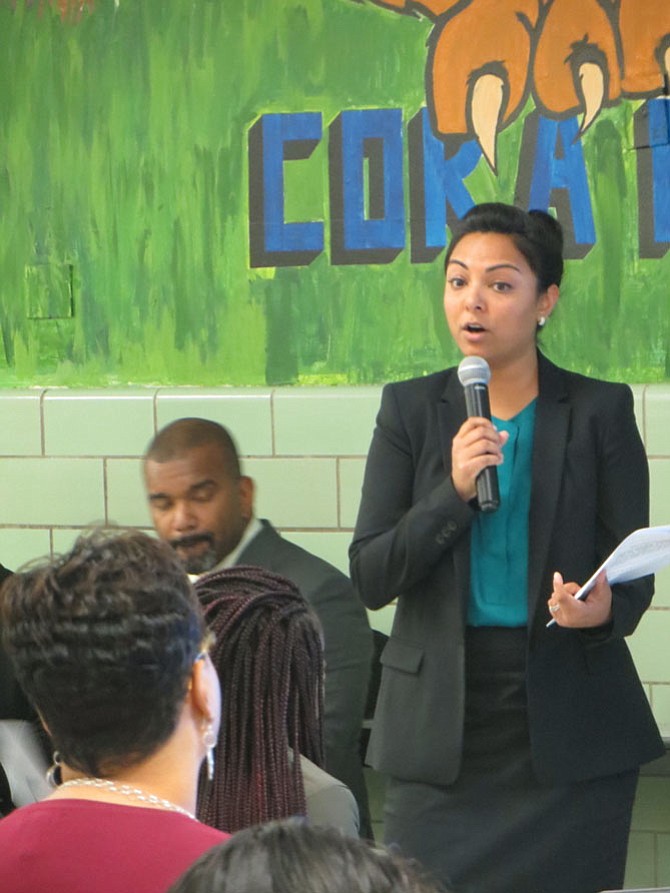 The conventional methods for punishment in public school were pretty clear. When you act up in class, you got sent to the Principal’s Office, and if it was bad enough you’d be suspended from school and sent home. The idea is that a suspension both punishes the child for poor behavior and removes a problem student from the classroom environment.

But what if there was another way?

Now in its fourth year, Alexandria City Public Schools (ACPS) has been gradually implementing restorative practices at T.C. Williams High School. The idea of restorative practices is to find ways to resolve conflicts in a way that minimizes school suspensions. Each new freshman class was introduced and educated to the process, with faculty trained and specialized in restorative rather than punitive justice. Now, for the first time, all four grade levels at the school are working within a restorative practice guideline.

Restorative practices work in three tiers: building social emotional skills and nurturing a sense of community at a baseline level, or working to repair harm and rebuild relationships in response to more critical problems. The idea is that 80 percent of the time, restorative practices are being implemented as proactive strategies and 20 percent of the times as responsive strategies.

The effect has been a reduction in out-of-school suspensions (OSS). Across ACPS, there were 988 OSS in the 2015-2016 school year, and 597 in 2016-2017. At TC, there were 400 OSS in 2015-2016 and only 169 in the 2016-2017 school year. As the restorative practices continue at TC, ACPS now turns to its middle schools which represent 60 percent of the total OSS suspensions. Restorative practices are currently being implemented at Hammond Middle School and are beginning informal implementation at George Washington Middle School.

Problems remain in ACPS’ disproportionality of OSS. Black students received over 50 percent of the total OSS despite being only 29 percent of the student population. One in eight black students will be suspended, as compared to one in 25 latino/latina students or 1 in 17 white students.

Greg Baldwin, formerly a dean at TC for seven years, has now been assigned to help implement restorative practices in the school as a school climate specialist. Baldwin said the program would not work without the grassroots support from students and parents.

At a public meeting on Oct. 25, parents and students gathered at the Cora Kelly School for Math, Science and Technology to hear about restorative practices in ACPS and share their feedback. Divine Nzita, a junior at TC who has worked with Tenants and Workers United, said the change is palpable.

“You can really see it in the classrooms,” said Nzita. “There’s been progress. You really do see it when you go into school. It’s a safe environment. You can feel the change.”

Michelle Marfo, a senior and part of the first class to go through all four years of high school with restorative practices, said she hoped to return to Alexandria in a few years to find the program implemented throughout the school system.

Gabriel Palma Moran, a sixth grader at George Washington Middle School, said he’s been very impressed with what he’s seen of the restorative practices but wanted to hear more information from the schools about the timeline for restorative implementation at the middle schools.

Marfo said, like Moran, that she wanted to hear more from ACPS about implementation in the middle schools.

Evelin Urrutia, executive director of Tenants and Workers United, said that the change in ACPS has been visible over the last few years.