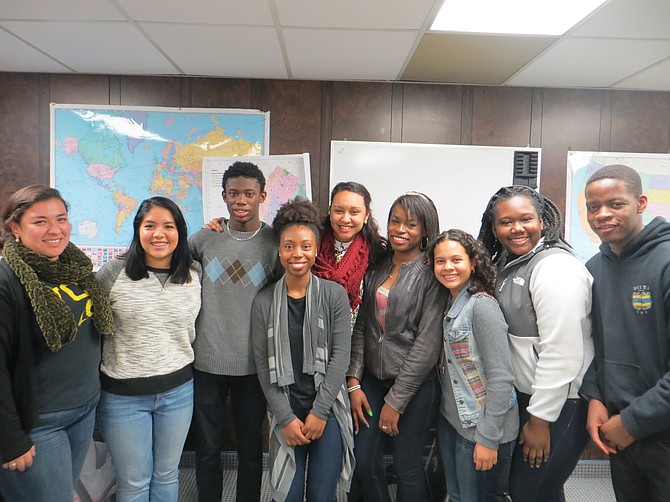 A word of warning to students at T.C. Williams High School hoping to skip out on classes in the second half of their senior year: Don’t. A new policy implemented at the beginning of the 2014-2015 school year gives teachers at TC final say over whether a student can pass or fail a class regardless of the final grade. While administrators are saying the new rule is part of the unfortunate necessity of discipline at the high school, students say the rule is part of a disciplinary mindset that unfairly targets minorities.

“If you’re not at your desk and completely prepared, that’s classified as being late,” said Gladys Brew, a student at TC. “They threaten you with changing your final grade and keeping you from graduating.”

According to Nicolette Thomas, also a student at TC, the rule was brought about as a result of seniors who would work the first two quarters of the year and then not show up for the second half of the year because their aggregate score would still allow them to pass. TC Principal Suzanne Maxey confirmed that the school policy is a deterrent against seniors who, in the past, have taken advantage of their good grades in the first two quarters to skip the second half of the school year.

“We had assemblies and explained what we were trying to counteract,” said Maxey. “We want you learning every quarter until the last day … Do the right thing so we don’t have to penalize you.”

Maxey also added that, while the deterrent may sound harsh, it is also not a decision taken lightly.

“Teachers have to prove their case with attendance records, and all cases are appealed directly to the principal’s office,” said Maxey. “No one has turned a form in to me. No one has invoked this rule.”

Maxey acknowledged, however, that since this is the first year of the rule’s implementation it could be invoked closer to the end of the school year.

However, to Thomas and other students with Alexandria’s Tenants and Workers United, the rule is symptomatic of a larger issue with the school’s focus on punitive, rather than restorative, justice.

“Kids are kicked out because the administration doesn’t want to take the time to communicate,” said TC student Alieu Rahim. “It takes too much time. More time is dedicated to ‘successful’ kids who are easier to work with than those who need a ground up approach.”

For TC student and Tenants and Workers United member Ana Diaz, the problem seems to start at an early age and TC does little to correct that. Diaz described a student who used to be a part of their group before he moved. He was young, in fifth grade, and his mother wanted him to be a part of the group. He was scared and anti-social, but when he finally opened up to the group he told them he was kicked out of Mount Vernon Elementary School for bringing a water gun to class.

“We asked him why he did it. He shrugged and said ‘I’m just a bad kid,’” Diaz remembered. “They internalize that negativity they hear in the classrooms and think ‘that’s what I’m supposed to be’, and by the time you’re in high school you don’t even question that.”

According to Maxey, of the 3,500 students at the High School, only 57 were suspended.

Whenever questioned on whether race is a factor in punishments at TC, there’s one indisputable figure cited by the students. According to an Oct. 22 school performance update, while black male students comprised only 18 percent of the total student population, they received 41 percent of all short term suspensions. Additionally, 12 percent of African-American students and nearly 20 percent of Hispanic students drop out of TC.

According to Julie Crawford, executive director of the Office of Alternative Programs and Equity, said the numbers reflect a larger problem in public high schools nationwide. Crawford was previously principal of the Juvenile Detention Center in Alexandria and says she’s seen, first hand, the effects of continuous punitive action against students.

“Unfortunately, it is a national trend that students of color, particularly males, are suspended or expelled at a much higher rate,” said Crawford. “We do see parallels to the national trend in our schools and we track that as a school priority.”

Both Crawford and students from Tenants and Workers United expressed support for a “restorative justice” model at TC. According to Diaz, restorative justice is about emphasizing greater understanding and communication between students and teachers. Crawford says the shift towards a restorative justice program involves more counseling for students to help them understand their behavior and more training for administrators on positive options before resorting to suspension.

Students with Tenants and Workers United say they haven’t seen any notable change for the better in the school’s disciplinary actions. Crawford says this accusation is fair, but asks students to be patient as the program is still in early in it’s implementation.

“This year, restorative justice has been piloted in programs, but it’s not everywhere,” said Crawford. “Next year, they’re looking into expansion of the restorative justice program. To make any type of program successful, we need everyone involved to understand the philosophy of healing and growth. Some students may not have had extensive exposure, but we’re working on that for next year.”

A lot of the problems stem from racial and cultural divides students say are still very present at the school. The students describe cultural integration at TC mostly as an illusion. Black and Hispanic students recall, during the yearbook photo sessions, being called over to the “Fighting Titans” pep squad and the Red Cross club to be in the picture and make the predominantly white organizations look more diverse.

“T.C. Williams is diverse, but it’s not inclusive,” said TC student Haydi Torres. “When you have no cultural understanding, there is conflict.”

Crawford agreed that, for restorative justice to be successful, the students and administration at the school need to have open dialogues on culture and race at the school.

“Make sure we have teachers and staff who are cultural competent and understand the learners that are in front of them,” said Crawford. “That’s not something you’re ever done with. Cultural competency is having courageous conversations about race. You have to have the discussion."