Board of Supervisors has final say on Kathy Smith’s nominees. 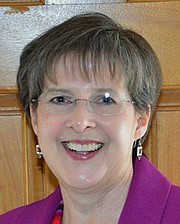 New Sully District Supervisor Kathy Smith (D) has been busy choosing her team to assist her in issues regarding Sully. At press time on Tuesday, Jan. 12, she planned to announce her nominees to the Fairfax County Board of Supervisors, which has the final say on their approval.

She’s selected Karen Keys-Gamarra as the Sully District Planning Commissioner and Maggie Godbold as Sully’s representative on the county Park Authority. She’s also decided to re-appoint Marvin Powell to the Small Business Commission and Debbie Robison to the History Commission. 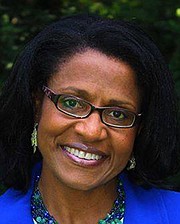 “The number-one question I have heard since winning the election in November was who I would appoint as the new Sully District Planning Commissioner,” said Smith. “We received a number of extremely qualified applicants who, combined, had hundreds of years of service to our community. After careful consideration, I have decided to appoint Karen Keys-Gamarra as the next Planning Commissioner.”

Keys-Gamarra is familiar to Sully residents because of her recent candidacy for the School Board. And although she didn’t win, it was a close race in which she received more than 10,000 votes. Besides that, said Smith, “Karen is an attorney who is frequently appointed as a guardian ad litem to represent the best interests of children brought into complicated court cases. She also has extensive experience in business and consumer issues. Karen is going to be a great advocate for Sully.” 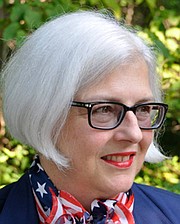 However, added Smith, “I also want to thank John Litzenberger, who has served for the last eight years as our Sully District Planning Commissioner. This is an extremely time-consuming job, and John has put in the hours working with [former Sully District] Supervisor [Michael] Frey to represent our interests on the Planning Commission. Thank you to John for [his] service and [his] kind offer to work with Karen to make for a smooth transition. We appreciate all he has done.”

Regarding the Park Authority, Smith plans to replace longtime Sully District Park Authority representative Hal Strickland with Godbold. “Maggie shares my commitment to retaining and expanding the many parks programs,” said Smith. “And she will work closely with our office to protect and expand playing fields in the Sully District.” 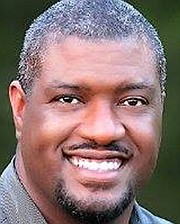 “I also want to thank Hal Strickland, who has served for 23 years as the Sully District member of the Park Authority,” continued Smith. “I've known Hal even longer than that, as we met when my kids were involved in youth sports. Hal has done a superb job since the time our district was founded, and we will be finding a way to appropriately honor him soon.” 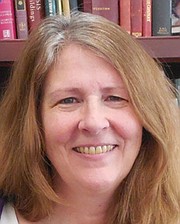 As for Powell, he’s already served 11 years on the Small Business Commission, including a stint as chairman. “Marvin has represented Sully well, and I'm pleased to be able to re-nominate him for another term,” said Smith. “Marvin has also served as chairman of the Centreville Community Foundation.”

Regarding Robison, Smith said, “Sully District is home to some of our very important historic sites in the county, and Supervisor Frey did a wonderful job documenting and preserving many pieces of that history. This is a very important issue for many residents in Sully, and Debbie runs a Northern Virginia history Website, as well as serving on the Historic Centreville Society. Professionally, she also works with historic preservation and has been a member of the History Commission since 2007.”

Meanwhile, Smith’s office is continuing to take applications for other Fairfax County boards and commissions. Anyone interested in serving on one may call her office at 703-814-7100; ask for Laura Floyd for information on how to apply.