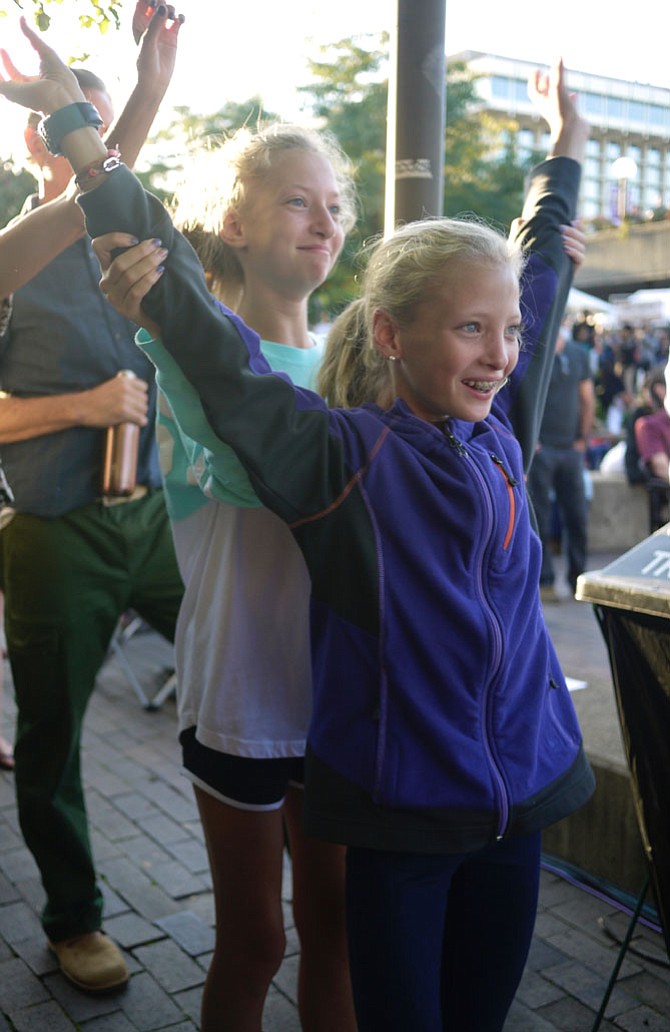 Megan and Marina Tarantino, 12-year-old twins who go to Williamsburg Middle School, and play the saxophone and clarinet respectively, were grooving to the Soul Rebels’ song, “504,” who had asked the audience to raise up their hands. The twins were hoping to run into their school music teacher at the concert. Photo by Eden Brown. 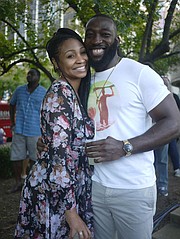 Jerome Doe and Austin Hicks were enjoying the festival: their favorite band was the Soul Rebels.

Karan Saini with Cherry Saini, of Springfield, were glad to be able to introduce the jazz festival to their visitors from New Delhi, India, Amit and Rakesh Pandey.

The Rosslyn Jazz Fest, sponsored by the Rosslyn Business Improvement District and Arlington Arts, has been free for the past 27 years, and that is perhaps why it is attended by a diverse and happy crowd, but equally responsible is the choice line-up that never fails to get the crowd moving. Cited by many in the crowd as their favorite event of the day, The Soul Rebels, a New Orleans-based brass ensemble, with its signature tuba, put the crowd on their feet with several of their hits, including “504.” Soul legend Lee Fields & The Expressions; Afro-Latina singer/songwriter Xenia Rubinos; and Baltimore’s own Joe Keyes & The Late Bloomer Band also played on Saturday, Sept. 9.