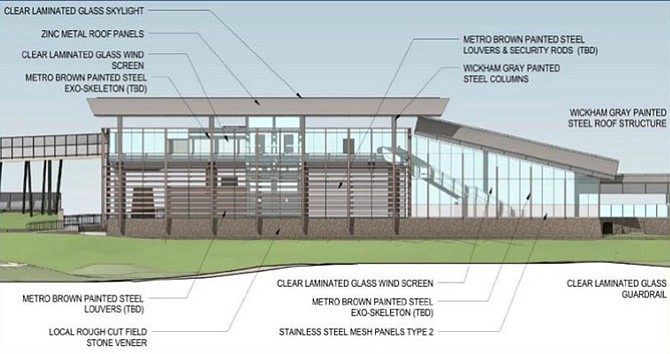 Much like the Metro that will run through the new station, the Potomac Yard project is more expensive than initially suspected and is now running behind schedule. At a City Council meeting on April 10, the council approved a project cost of $290 million for construction, an increase from the $268 million approved by the council three years ago. The total budget is now $320 million, with $30 million in additional costs for the city including National Park Service mitigation, staff and consultants. Additionally, the opening of the project is pushed from mid-2020 to late 2021 or early 2022.

Deputy City Manager Emily Baker said that increased project costs were driven by rising construction costs, from costs of materials like concrete and steel to more expensive labor. Competing with other transportation projects in the region, like I-66 improvements and the Purple Line in Maryland, has created a bidder’s market. Moving forward, Baker said the “Build American” clause in the contract requiring the use of American steel is the only major concern in terms of potential price increases.

“If the price does increase more significantly, it will have [to be brought] back before the council,” said Baker.

Mayor Allison Silberberg noted that while the council was approving a total budget of $320 million, she reaffirmed that the goal is still for the project to come in under budget.

“We’re not the Federal Reserve making money here,” said Silberberg, “We have to work hard to keep it under budget.”

Silberberg asked if the project incentivized coming in under budget, and while Director of Project Implementation Mitch Bernstein said there’s no contractual incentive for early completion, it is in their best interest to build the project as swiftly as possible and move on to other projects.

The refined design of the station is planned to undergo review by the Planning Commission and City Council in Fall 2018. If approved, early construction could begin by the end of the year.

“Up next,” said City Manager Mark Jinks, “We have a station to build.”