How vulnerable teens are targeted.

By Wallicia Gill and Brad Swanson

According to court documents from Eastern District of Virginia, Justin Shayne Robinson, 27, lured the 16-year-old victim to a motel in northern Virginia. Once the minor victim arrived, Robinson directed sexualized photos to be taken of the her, and created and posted online advertisements for commercial sex acts with the minor. Robinson and his co-conspirator, Markus Jakeem Plummer, 27, of Woodbridge, then trafficked the minor over a period of roughly a week. Robinson and Plummer took all the proceeds of the minor’s commercial sex acts for their own benefit. Robinson and Plummer used force and surveillance to ensure that the minor continued to see clients and was unable to escape the motel. Robinson used violence to force the victim to continue working for him, including choking her and leaving medically documented bruising on her leg and neck. Co-Conspirator Markus Plummer is scheduled for sentencing on Sept. 28.

According to admissions made in connection with his plea in the Eastern District of Virginia, Bangura and his co-defendant Christian Hood conspired to recruit a 15-year-old girl to work as a prostitute and to advertise her prostitution services on Backpage.com. Bangura also transported the minor to hotels in Virginia, Maryland, and Washington, D.C. for prostitution dates, and he took a portion of the money she made from commercial sex customers. Bangura also used a phone to record a video of himself having sex with the minor. In August 2017, a year ago, Hood was convicted at trial of sex trafficking and conspiracy to engage in sex trafficking of this same minor.

These unrelated cases were brought as part of Project Safe Childhood, a nationwide initiative launched in May 2006 by the Department of Justice to combat the growing epidemic of child sexual exploitation and abuse.

On June 25, 2018, Gov. Ralph Northam signed human trafficking legislation that adds offenses related to human trafficking to the list of crimes for which bail can be denied, keeping traffickers in jail and better protecting trafficking victims. Locally, Kathleen Murphy (D-34) and Kathy Tran (D-42) were cosponsors.

“Human trafficking is a threat to public safety here in Virginia and across the United States,” said Northam. “This legislation will help us prevent these crimes by making it more difficult for human traffickers to post bail and leave jail to intimidate witnesses or continue their criminal activity.”

“Human trafficking is a dehumanizing crime that robs its victims of their dignity, their identity, and their freedom,” said Attorney General Mark Herring.

While prosecuting traffickers, local law enforcement found that traffickers would pay their own bail and bail out their victims continuing the cycle of abuse and trafficking. This legislation will keep traffickers in jail.

This legislation adds the following offenses that are attributable to human trafficking to the list of crimes for which there is a rebuttable presumption against admission to bail: Taking or detaining a person for the purposes of prostitution or unlawful sexual intercourse; receiving money from procuring or placing a person in a house of prostitution or forced labor, receiving money from the earnings of a prostitute, and commercial sex trafficking, where the alleged victim is a family or household member. 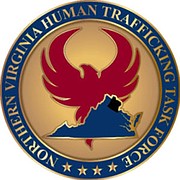 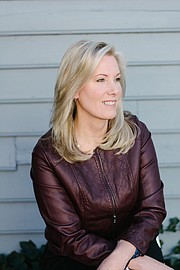 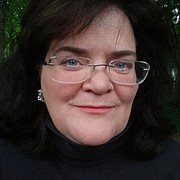 This article first appeared in The Blue View www.blueview.org. It has been slightly edited.

Local experts say that Northern Virginia is a teen sex trafficking hotspot, but most people know very little about this growing crime. A better understanding among the public will help to combat the problem, agree both police and victims advocates.

MORE THAN 100 LOCAL VICTIMS A YEAR

That averages to about 125 sex trafficking victims identified in the area per year. Experts believe that only a small minority of trafficking victims are brought to light, but they don’t have good insight into what the fraction really is. The trend in identifying victims in the region is upward, and experts believe the practice is growing, but some part of the increase may also come from more awareness and better discovery.

Of the approximately 140 sex trafficking victims identified in the year from January 2016 to February 2017, the latest data available, most were female, but a significant minority were not. Experts say boys and young men, especially from the LGBTQ community, are as vulnerable to trafficker recruiting as girls and young women – and less likely to come forward.

The average age of sex trafficking victims in the USA is 12-to-15 years, but in this area the average appears to be somewhat higher, 15-18. Consequently, only about a third of the total identified last year were technically juveniles, but the average age of the “adult” victims is not available.

The ethnic backgrounds of sex trafficked women typically mirror that of the region, and this appears to be the case for this area as well. In broad socioeconomic terms, girls in poverty, dysfunctional families and neighborhoods with more crime appear more susceptible to becoming trafficking victims, although high income and stable family life are no barrier.

“Any victim I have personally met from Northern Virginia is upper income demographic,” said Teresa Hartnett, coordinator of the Trafficking Task Force, which brings together law enforcement agencies, government agencies and nongovernmental organizations in the fight against trafficking.

Vulnerability is the key to understanding why girls and young women get trapped into sex trafficking, according to Kay Duffield, who serves both as co-chair of the Victims’ Services Committee of the Trafficking Task Force and executive director of the non-profit Northern Virginia Human Trafficking Initiative. Girls are not kidnapped off the street and bound in chains. The typical pattern is for a girl who is lonely, unhappy, rebellious, adventurous, or some combination, to meet a trafficker, who poses as a friend and over time gains influence through empathy, attention and acceptance. The initial meetings typically happen on-line or in shopping malls or other public places. The trafficker is patient, waiting for the payoff from a successful recruitment.

After winning a girl’s trust, a typical tactic is for the trafficker to break her will by raping her, or staging a gang rape, sometimes filming the episode for blackmail, according to Hartnett. Drugs are another method of control. Also common is threatening harm to family members if the victim comes forward. But some victims are ensnared by emotional dependence, or fear, without strong-arm tactics being necessary. Often the victim keeps up a show of normality — going to school, spending time with her family — while she is being subjected in her unsupervised time to involuntary sex.

The average period of being trafficked, is difficult to determine. In some cases, after a few instances, the victim is deemed unsuitable, or the trafficker is caught, or moves on. But in other cases trafficking is a one-way journey and its victims are unable to return.

Of the approximately 500 northern Virginia victims identified by police in 2013-17, only about 300 were “recovered” — removed from the trade, reunited with families, or sent to live elsewhere. In other words, this data shows that 40 percent of those identified slipped back into sex trafficking.

The reasons differ in each case, but are often tied to the same factors that led to vulnerability in the first place. Being returned to live in a dysfunctional family and neighborhood doesn’t strengthen a girl’s will to resist the false affection and security of an experienced trafficker.

The experience of being trafficked can destroy a young woman or teen’s self-esteem and dignity and skew her ability to function.

“Starting over is very hard, “ said Hartnett. “It can get overwhelming, and some survivors lose hope. If they lose momentum going forward, they slip backwards into what’s familiar — and what they have come to think they deserve.”

Trafficking victims who are able to recover often take many months or years of counseling and emotional support to regain their autonomy and self-confidence.

Traffickers typically are not solo operators but rather are linked and have specialized functions, similar to street level drug distribution, according to Hartnett. Some are adept at recruiting, and then passing the victims to pimps who control one or two victims at a time. But not all trafficking is low-level. Networks operate across state lines moving victims both to take advantage of high demand in a different area and to isolate the victims from potential sources of help.

Gang-led trafficking varies in intensity across the country. In northern Virginia, gangs typically do not practice trafficking as an organized activity although some gang members traffick as individuals, says Duffield.

Not all trafficking is done by third parties. Family members, including drug-addicted parents, sometimes sell their own children to traffickers.

From anecdotal evidence, sex trafficking appears to be growing in the region, say experts. They point to two factors. First, the typical buyer of teenaged sex is married, male, with children, and money to spend. That’s a common profile in affluent northern Virginia.

Forced sex is sold in a market, and responds to buying pressure like any other.

“We need to do something on the demand side,” said Duffield. “Traffickers are going to create that product until demand is gone.”

The second factor explains why areas like Springfield, Dumfries and Tysons are trafficking hotspots: trafficking follows the highways. Traffickers, whether local or interstate, like mobility and the anonymity of travel nodes, as do buyers. Converging highways make for easy contact, fast access to motels, and quick exits. The tangle of major roads in northern Virginia draws in sex trafficking like a neon sign.

If someone knows a victim of trafficking, call the National Human Trafficking Hotline at 1-888-373 7888. If danger is imminent, call 911.